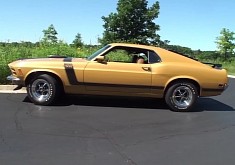 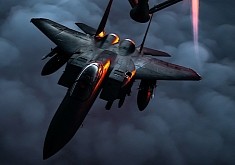 F-15E Strike Eagle Sneaks Away From Under a Stratotanker, Bed of Clouds Awaits

SsangYong Will Launch Electric Model By 2020, Tivoli Will Be The First

13 Oct 2016, 16:53 UTC · By: Mircea Panait / Forget the Korando Sports and put your hands together for the Musso, the one-tonne pickup truck that doesn’t cost an arm and a leg

SsangYong Korando LE 2.2 Diesel Goes On Sale In the UK

2017 Ssangyong Rexton Testing Together with Its Mercedes-Benz Family

27 Jul 2016, 14:24 UTC · By: Vlad Mitrache / Korean company Ssangyong is continuing the revival it started with the Tivoli model by testing the new Rexton generation - the largest SUV in its lineup

SsangYong To Launch All-New Rexton in 2017

SsangYong Shows Its Expansion Plans in Geneva with SIV-2 Concept

2 Mar 2016, 17:14 UTC · By: Vlad Mitrache / SsangYong is a brand worth keeping an eye on, especially if you're one of the competing brands, because the Koreans seem determined to make their name heard

LOL: Dash Tells You Which Way the Wheels Are Turning on a SsangYong

16 Feb 2016, 22:26 UTC · By: Mihnea Radu / Remembering how to spell SsangYong is really hard, just like trying to understand what they were thinking when they installed this feature

SsangYong Will Bring Two SUVs to Geneva, Tivoli XLV Is One of Them

15 Feb 2016, 14:29 UTC · By: Sebastian Toma / Ssangyong has released its list of premieres for this year's Geneva Motor Show. The Asian brand will launch a production version of the Tivoli XLV

SsangYong XLV Shows Frankfurt how the LWB Tivoli Could, But Won't Look

10 Sep 2015, 11:16 UTC · By: Gabriel Brindusescu / We tested the 2015 SSangYong Tivoli and found out it is a decent crossover. And it's also quite a looker as you can see in these wallpapers

Meet the SsangYong XLV-Air Concept, Hinting at a Long-Wheelbase Tivoli

3 Sep 2015, 11:12 UTC · By: Tudor Rus / SsangYong are making sure their presence at the Frankfurt Motor Show 2015 Will Count for Something, so they're coming with two concepts and the Tivoli diesel

29 May 2015, 09:50 UTC · By: Andrei Tutu / Korean automaker SsangYong might have a 60-year history, but they’ve never entered the North American market. Will they? We’re not sure

21 Apr 2015, 05:54 UTC · By: Gabriel Nica / SsangYong's Tivoli EVR Concept was brought along to the Shanghai Auto Show after its debut in Geneva, under its Chinese name: Tivolan

SsangYong Tivolan Is the Chinese Version of Tivoli, Great Sales Expectations in Shanghai

20 Apr 2015, 09:06 UTC · By: Andrei Tutu / On its South Korean home market, the Tivoli achieved 20 percent of its annual sales target in one month, so the expectations for China are high

9 Apr 2015, 14:32 UTC · By: Mircea Panait / Well, well, well, guess what? Just as expected, the SsangYong Tivoli undercuts its main competitors price-wise and comes with a lot of extra goodies in standard

Ssangyong Goes Into EVs With the XAV Concept in Seoul

4 Mar 2015, 18:12 UTC · By: Mircea Panait / SsangYong is proud to present the Geneva crowd with the all-new Tivoli - the company's all-new B-segment crossover SUV

19 Jan 2015, 13:06 UTC · By: Mircea Panait / Since SsangYong got acquired by India-based Mahindra, the South Korean manufacturer got better and better at the way it designs its cars. One notable statement of how the brand turned around 180 deg...