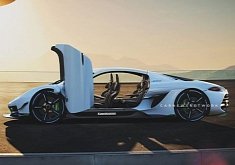 19 Feb 2020, 14:20 UTC / Carpool Karaoke episode with Bieber went viral before airdate because it was revealed Corden wasn’t driving the Range Rover. The full episode explains why

30 Jan 2020, 14:48 UTC / Talk show host rides the wave of publicity by acknowledging viral video that shows him not driving the Carpool Karaoke car, states the obvious

24 Jan 2020, 22:27 UTC / Viral video shows The Late Late Show host with Justin Bieber in a car being pulled by a truck in LA traffic, sparks talk that the entire segment is “fake”

Grab the Popcorn, Here Are the Most Outrageous Celebrity DUIs

25 Oct 2019, 20:45 UTC / Drunk driving is serious stuff so no wonder that, when celebrities do it, the coverage is insane. Some of these DUI arrests will go down in history

16 Apr 2019, 11:46 UTC / The incident happened in the summer of 2017 and, though the photographer later said Justin was “a good kid,” he’s still suing for unspecified damages

3 Jul 2018, 11:42 UTC / Pop star and GF Hailey Baldwin call the police to divert traffic until mechanic arrives to get his wheels back on the road

Ferrari 458 Italia Crashed And Tuned By Justin Bieber Is For Sale, Who Wants It?

Justin Bieber's Ferrari 458 with LibertyWalk Kit Gets a Detailed Walkaround

3 Dec 2015, 16:27 UTC / Even though there isn't a single unique piece on this car, Justin Bieber's Ferrari 458 Italia got a lot of attention at the SEMA Show this year

Lyft Is Driving Justin Bieber Around, and You Can Meet Him

31 Aug 2015, 15:39 UTC / Justin Bieber may have managed to promote his new What Do You Mean single, but West Coast Customs where still better at mocking him

Here’s What Justin Bieber Sees in His Customized Cadillac Escalade

23 Jul 2015, 09:38 UTC / Justin Bieber owns a decent bit of cars, some expensive, some classic. The Cadillac Escalade in question is probably what you'd call his daily driver

5 Jun 2015, 12:04 UTC / Justin Bieber may heave recently turned 21, but it doesn't seem like he is a grown up driver judging by his traffic records

21 May 2015, 14:22 UTC / One of the gigs James Corden came with when he succeeded Craig Ferguson on the late night television talk show on CBS is the carpool karaoke thing

3 Feb 2015, 10:38 UTC / Justin Bieber was involved in an allegedly hit-and-run accident back in 2013 and even though the charges were dropped, the reportedly victim now sued him

Justin Bieber Buys Private Jet for Christmas, Calls It a “She”

29 Dec 2014, 09:49 UTC / When you're worth 200 million dollars and you close this year with a total 80 million income then Christmas is definitely going to be special. We’re used to seeing hitmakers dropping a ne...