4 James Corden Stops Traffic in Paris for Musical, the French Are Not Impressed

In late January, the most unexpected controversy broke on social media, after a couple of videos showing the Range Rover James Corden uses for his Carpool Karaoke segment being towed by a truck, while shooting for an upcoming episode.
7 photos

To be sure, Corden was inside the car at the time, behind the wheel, pretending to be driving. With him was pop star Justin Bieber, who obviously agreed to the fun chat because he was gearing up for the promo tour for his upcoming album, his grand comeback to the music scene.

The implication was clear: Corden had been telling lies! He wasn’t always driving the car he was shooting the segment in, which, somehow, made him a terrible person and an even worse comedian / talk show host. For whatever reason, people had actually assumed that Corden was doing all the driving during the segment and now they felt disappointed to learn the contrary.

Within hours of this story taking over social media, Ben Winston, the producer on Carpool Karaoke, took to Twitter to address it and set the record straight. James always drove, Winston said, with the exception of those times when he was doing “stunts” that were deemed incompatible to driving.

“James always drives during Carpool! Sometimes when there is a stunt component and its unsafe to drive, we will use a rig. But that’s only happened 4 times in 50 or so carpools !!” Winston explained.

The full Justin Bieber episode is out now and available at the bottom of the page. In case you were wondering what type of “stunts” Corden would do, you can check it out. But here’s a spoiler: it involves coming up with a choreography to Bieber’s Yummy track.

It’s actually the silliest thing but it would have clearly made Corden unable to pay attention to the road. And, when you’re driving around LA one of the most famous pop stars in the world, that’s not a risk you want – or afford – to take.

The episode also offers gems like Bieber declaring himself “the Conor McGregor of entertainment” who could whoop Tom Cruise’s butt in a fistfight, so yes, we’d say it’s a must-see. 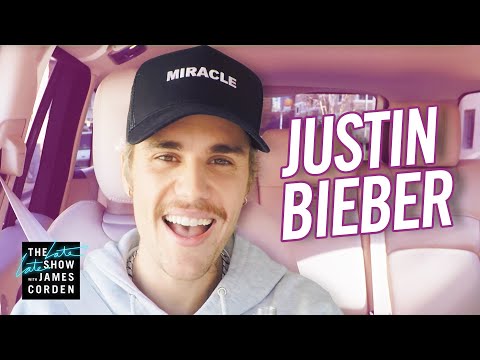 Saw James corden and Justin Bieber filming carpool karaoke and this is why I have trust issues — he isn't even driving! pic.twitter.com/bkP9moGJmu