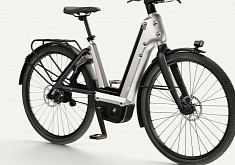 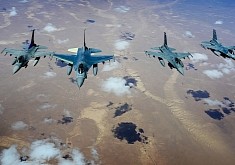 31 Jul 2022, 13:53 UTC / The confirmation came from a trusting source that has spilled numerous Bavarian secrets over the years. Here’s what you need to know

BMW's Big Game Ad Gets Zeus and Hera in a Car, Brings Arnold and Salma Together

9 Feb 2022, 12:59 UTC / For the first time, Arnold Schwarzenegger and Salma Hayek Pinault star in a nationally-aired comercial together. You can see it here, days ahead of the Big Game

BMW Turned Schwarzenegger Into Zeus for a Super Bowl Ad

23 Jan 2017, 18:05 UTC / BMW has filed a lawsuit against a company from California that was marketing products with its trademarked logo. The merchandise included counterfeit wheels

BMW M4 GTS Will Be Available in the US

Crossover Fever Takes Over at BMW, as USA Branch CEO Wants to Ramp Up Production

19 May 2015, 08:10 UTC / The expansion of the Spartanburg plant in South Carolina can't come soon enough if we're to believe Mr. Ludwig Willisch, the CEO of BMW USA

15 Apr 2015, 16:22 UTC / Do you own a BMW that uses TwinPower Turbo powered engine? You might be in for some quick bucks if one disgruntled owner gets his way

25 Mar 2015, 09:29 UTC / In a recent interview with Forbes, BMW North America's Boss, Ludwig Willisch, shared his thoughts on racing cars and how they compare to his job

20 Mar 2015, 10:36 UTC / BMW settled an administrative dispute with the US Federal Trade Commission regarding an unclear statement in the user's manual

BMW Sales in the US Go Up 4 Percent in January, Prospecting a new Record Year

4 Feb 2015, 08:55 UTC / After a record-breaking run last year that saw BMW reach the 2 millionth car sold worldwide, the company is off to a good start once again

19 Nov 2014, 16:26 UTC / BMW took the veils off the 2 Series Convertible quite some time ago but the drop top has yet to reach US shores. This week, at the Los Angeles Auto Show, the new 2er will be making its North America...

BMW Ahead of Mercedes in US Sales in October

6 Nov 2014, 09:03 UTC / The war between BMW and Mercedes-Benz keeps on waging and when it comes to sales it’s getting hotter by the minute. The October results in the US show that BMW is managing to push more cars th...

5 Nov 2014, 15:41 UTC / The moment has come for BMW USA to analyze their results over the last month and, surprisingly, the numbers are better than ever. Literally. In October, BMW sold 11 percent more cars compared to the...

BMW Performance Center to Open on the West Coast

4 Oct 2014, 06:03 UTC / Yesterday, BMW USA announced that the West Coast will be getting a brand new Performance Center Driving School in Southern California. Teaming up with The Thermal Club, the new private motorsports c...

1 Oct 2014, 09:24 UTC / BMW just announced that starting this month, a wide variety of cars will have their price tags adjusted. According to them this is a modest inflationary price increase and we have to admit, the chan...