1 Nurburgring Sim Racing Shows How Fast the Corvette C6.R Is

3 Three C6 Corvettes Engage in a Virtual Challenge at the Nurburgring, Z06 Is Triumphant

4 Virtual Corvette ZR1 Tops Out at 144 MPH at the Nurburgring, It's Still Worth Racing

5 Corvette C7.R Sets a Fast Lap at the Nurburgring, We Enjoy 431 Seconds of Virtual Racing
Coverstory

Dragos Chitulescu
About a week ago, we stumbled across a Mecum Auction that was an instant jaw-dropper. A collection of 15 fourth-generation Corvettes is now looking for a new home, and they're all red. What's even more impressive is that it includes not one, but six ZR-1 models! There's one for each year of production, beginning in 1990 and ending in 1995. Needless to say, this listing sent us down an hour-long YouTube Corvette spiral.
56 photos

And it just so happens that we came across Hagerty's review of the C4 ZR-1, with Jason Cammisa beautifully describing the American icon. Now, this car might be three decades old right now, but you shouldn't underestimate it in any way.

When GM came up with the idea of building the world's fastest production car, they enlisted Group Lotus to give them a helping hand. With 375 horsepower on tap, it wasn't just fast, but robust as well. Back in 1990, it set seven records by driving at speeds of over 170 mph (273 kph) for extended periods: starting with 100 miles (161 km) up to 24 hours of non-stop hammering.

But less than 2% of those are ZR-1s. That's right, they made less than 7,000 units in total. All things considered, you'd be surprised at the market value of these cars. Judging by BaT's auction history, prices vary between $18,250 for the cheapest one up to $101,000 for the most expensive model.

Still, if you only have about $10 to spare and desperately want to drive one, there's always the virtual alternative provided by Assetto Corsa. The C4 ZR-1 is a mod that community developers have created for the game, and you get a two-for-one kind of deal by downloading it. Don't get us wrong, the mod is free to get, you just need to own Assetto Corsa beforehand. And of course, we recommend you install the Content Manager as well, as that makes things a whole lot easier.

Now, the deal we were talking about means that you'll be able to pick between the standard ZR-1 and a tuned version of it, called the ZR-1 Canyon Spec. The same Estonian artist that created the C6s we tested recently was in charge of this project as well.

Once you enter the game, you can't help but notice the California TND4SPD plates. The cool pop-up headlights are fully functional and the whole car looks nicely done. The interior is slightly spartan-looking, but then again, this car was built in the 20th century. Driving-wise, it feels closer to the 1970 ZR-1 than it does to the C6 model.

Most of the time, you'll get hit with understeer, at least if you forget to slow down before certain corners. After two laps, the fastest one took us eight minutes and 33 seconds to complete. But with no mistakes, you should be able to bring it down to 8:10 by using a keyboard alone. While it felt slightly faster than the base-level C6 Corvette, it turns out to be slower overall, at least judging by our test.

The Canyon Spec ZR-1 looks a bit more tempting, with 565 horsepower and 486 lb-ft (660 Nm) of torque on tap. According to its official description, the LT5 has been bored and stroked to 385 ci (6.3 liters). The car is now sitting on a set of lighter magnesium alloy wheels with modern semi-slicks. And the overall weight is down by about 220 lbs (100 kg) compared to the stock ZR-1. The car is considerably more tail-happy than its lesser sibling, not that we're going to complain about that.

We set a fast lap of 8:07 the first time around, and it was less than perfect. For our test, we didn't use the semi-slicks, something we became aware of while writing this story. So of course we needed to go back and see how big of a difference the tires would make. While we didn't finish an entire lap, it seems that you'll be about one or two seconds faster by the time you reach the Fox Hole section of the Nürburgring.

So it's quite likely that with this setup the ZR-1 can dip below the 8-minute mark. Naturally, driving this car in Assetto Corsa isn't nearly as exciting as it would be to do it in real life. But unless you've got that option at hand, we'd suggest you give it a try before dismissing the idea. And if you can get your hands on a VR set, you might even sweat a little during the whole thing. 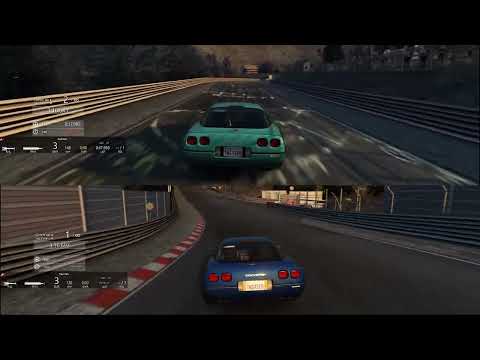 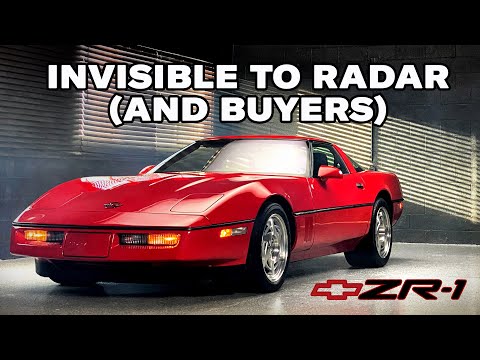