Money won’t buy happiness, but it sure can buy a lot of unique vehicles. One of them, which also happens to be the world’s biggest moving Hummer, was recently spotted on a short but otherwise quite exciting drive.
7 photos

This is the Hummer H1 X3, named this way because it’s three times bigger than the factory-sized Hummer H1. It sits at 6.6 meters high, 14 meters long, and 6 meters wide (21.6 x 46 x 19.6 feet), and it’s a truly monstrous and awesome sight. And it was put briefly on full display as it made its way to the OffRoad History Museum in Al Madam, UAE.

This gigantic Hummer belongs to Sheikh Hamad bin Hamdan Al Nahyan, best known as the Rainbow Sheikh and one of the biggest and most eccentric car collectors in the world. The guy’s a billionaire and, apparently, with money being no object, he’s been spending quite a lot of it on rare cars, and strange custom builds. He owns the museum where the Hummer is now on display for visitors, along with three others in UAE and Morocco.

The Rainbow Sheikh has been in the news for his strange car collection for decades, even appearing in an episode of Top Gear (see the video below). He also holds several Guinness World Records for his auto collection, including the titles for the largest collection of 4x4 vehicles, largest motorized model car, and largest SUV in the world. The Hummer is not Guinness-certified (yet), but he says it’s the biggest moving Hummer in existence, and there is no point in doubting him.

The vehicle is powered by four diesel engines and features a yet-unfinished interior, including two separate levels and a full bathroom and kitchen setup. The Instagram video below shows the Hummer H1 X3’s challenging drive to the museum and also offers a brief look inside.

Considering the owner is the same man who turned his gigantic Dodge Power Wagon (another record-breaker, but a slower vehicle) into a genuine luxury home on wheels, it’s not far-fetching to imagine the Hummer will also look like that once interior decorations are completed. Offroading and overlanding mean different things for people like the Rainbow Sheikh. 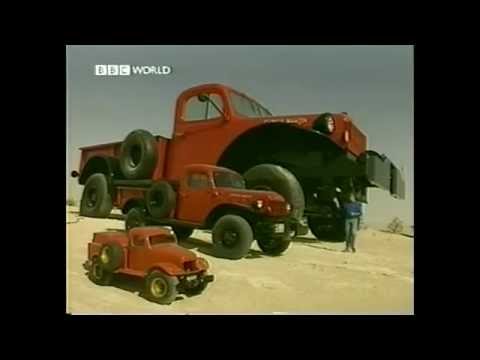