Tesla's Model S Plaid is a quick car in stock form, and that means it might be a fierce competitor at the drag strip. With that in mind, a set of DOT-approved drag radials, and lighter wheels, a Model S Plaid owner headed to the track.
6 photos

The Model S Plaid competed against five vehicles, and one of them even got a rematch. Each competitor of the Tesla was significantly modified, and most are considered muscle cars. Using Nitto NT01s on MW03 wheels, the Model S Plaid gets a bit more grip and reduced unsprung weight. At the end of the six races, the battery had only used up ten percent of its charge.

As you will observe, it is not enough to have high horsepower figures to win, as reaction times are essential in drag racing. The best achieved by the driver of the Tesla is a 0.007, which is remarkable, and it does not get replicated for the next runs.

However, the Model S Plaid manages to perform low-six-second passes with relative ease, as long as it is on Launch Mode. Unfortunately for the driver, except for the last run, the Launch Mode was not ready in the other modes, while three races were entered with the battery not warmed up to its peak performance, as the driver notes.
Regardless, it won five of the six races it entered, but most races in the video were won by a small margin.

As always with drag racing videos, the ETs always exclude driver reaction times. The latter can make a difference in real life, as it has been proven time after time.

For further clarification, you should know that the time from crossing the start line to crossing the finish line is the ET, and it does not include the driver's reaction time to the light, but the total time of the run is taken into account since the green light is lit. Just as lit is the way that this vehicle accelerates. 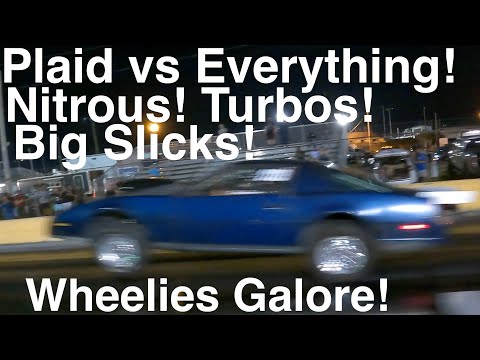