1 Custom Tumbler Replica Is Calling to the Batman in You, at Half the Price

2 All-Black, Batman-Inspired “Sexy” Apartment Sells With Parking for the Batmobile

5 This Batmobile Replica Might Turn You Into a Joker or Riddler Fan, It's a One-Off
Car video reviews:
Space Junk

If you like your morning coffee with a dash of corruption and misuse of taxpayers’ money, and an extra helping of Batman awesomeness, you’re in the right place. A licensed Batmobile replica has prompted a very strange criminal case, sparking allegations of high-level corruption.

The gist of the story, as uncovered by Dan Noyes of ABC 7 Chicago is that a super-rich real estate dude ordered himself a Batmobile replica and then tried to use his connections to get the builder in trouble. Unhappy with the change in status, which delayed the delivery of the vehicle by as much as two years, he called his sheriff friend and had him raid the shop, bringing criminal charges to the owner.

The shop in question is the famous Fiberglass Freaks from Logansport, Indiana, the only shop licensed by DC Comics to build 1996 Batmobile replicas. That would be the first car the Dark Knight ever drove in the ‘60s television series. The original was based on the Lincoln Futura concept and was built by none other than legendary car customizer George Barris.

Batmobiles have gone through countless changes along the years, but the ‘60s original one holds steady to the title of being the most recognizable and, to fans of a certain age, the most popular. Even comedian and known car collector Jeff Dunham owns one such Batmobile, and Fiberglass Freaks helped him restore it.

Fiberglass Freaks sells these replicas for prices upwards of $200,000, and demand is very high at all times. Real estate agent Sam Anagnostou, who lives in Atherton, California, ordered one for $210,000, and paid for it in monthly payments. At one point, shop owner Mark Racop explains, Anagnostou missed a $20,000 installment and “disappeared” for almost nine months, with no possibility of being reached. Because this is standard policy due to demand, Anagnostou’s order was moved at the bottom of the list, while other commissions were moved up.

That’s when things got really dramatic, Racop says. Anagnostou was fuming when he heard that his order had been delayed by one and a half or even two years, and “exploded.” He did more than just explode, though, according to the investigative report: he went to the Atherton police and filed a report, but no charges were brought against the shop. Anagnostou then filed a lawsuit against the shop with the San Mateo County District Attorney, but the action was dismissed on the basis that it should have been filed in Indiana.

Anagnostou then used his “call a friend” card: San Mateo County Sheriff Carlos Bolanos was called upon to intervene. The Sheriff dispatched four people (a lieutenant, a sergeant and two deputies to) Indiana, to raid the shop. The raid took place on July 19, and was paid for with taxpayers’ money, including four airline tickets, hotel accommodation, meals, and overtime.

Racop has been charged in California with two felonies, as a result of the raid: Obtaining Money by False Pretenses, and Diversion of Construction Funds. The officers took only documents from the shop, but they also read Racop his rights and took him downtown for about an hour, before releasing him. The ABC7 report notes that Racop is also a minister and, as per his own words, he’d expect “trial and tribulations” in life as any good Christian, but not of the kind he’s facing right now. He knows he’s on the right side of the law, in the sense that he did nothing wrong, but he’s still being hounded as if he’s a criminal.

ABC7 tried to contact all parties involved, but neither the Sheriff nor Anagnostou was available for comment, since they’re on vacation. The DA prosecuting the case says new evidence has emerged that justifies the criminal charges, but Tony Brass, former prosecutor for San Francisco and the U.S. Attorney’s Office, notes that this kind of display in manpower is ridiculous. This is a dispute over a luxury asset, and as such, it should have been settled in Indiana civil court.

As the second video below shows, Fiberglass Freaks’ Batmobile replicas are the ultimate buy for the ultimate Batman fan (*with deep-enough pockets). Built from scratch, they have the looks and some of the functionality of the fictional TV car, including flashing beacon light, a detecta-scope, and even a working flamethrower. But if what Racop says is even partly true, this one fan went too far in his quest of getting his hands on one – in the timeframe he wanted.

Batman would not approve. 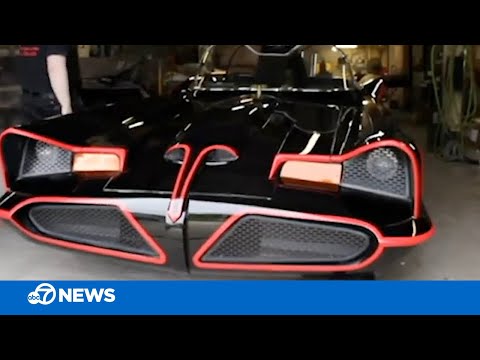 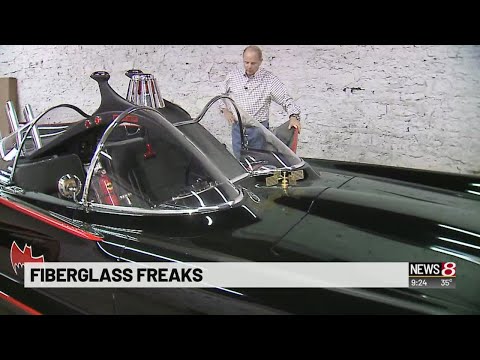