2 Mad Max Returns to Australia for Furiosa Prequel, First Details Are Out

If you’re loaded and have yet to succumb to the NFT buying craze, now might be a good time to invest. The sole surviving Lykan HyperSport stunt car from Fast and Furious 7, or Furious 7 for short, is being sold on the NFT market.
8 photos

The reason why a physical car is looking for a new owner on Rubix, an NFT market, is because it’s being offered as a bundle. Or, as the listing notes, this is the world’s first “physically-backed on-chain automotive NFT […] which provides the buyer full ownership of both the digital and physical assets.” In layman terms, you get the actual stunt car from the film and a digital representation of it, or the NFT.

The Lykan HyperSport hypercar is one of the rarest production cars out there. It was built between 2014 and 2017 in just seven examples by W Motors. W Motors also built 10 cars specifically for the seventh installment in the Fast and Furious franchise, nine of which were totaled during the production. That’s because they were used for what is, to this day, one of the most astounding and memorable car action scenes: the skyscraper-jumping scene in Abu Dhabi.

That’s when Vin Diesel and Paul Walker’s characters had to steal the Lykan from the top of one building, and escape serious gunfire and grenades by flying out the window, into the next skyscraper. And then on to the next, before jumping out of it and getting to see it crash down below. A behind-the-scenes video of that scene is available below.

The sole surviving stunt car is less powerful and less strong than the original, road-legal Lykan. Powered by a 2.7-liter flat-six developing 240 bhp, it’s made of fiberglass and plexiglass, and bears the marks of the intense production schedule. The side mirrors are torn, the windows and the roof panel are scratched, the instrument cluster and airbag have been ripped off, and there’s damage to the seats, among others. To boot, it is not road legal because, duh, it’s a stunt car.

That said, it’s a movie car – and a huge star, at it. The bundle comprised of physical and digital assets is expected to fetch between $750,000 and $2.5 million when the auction ends on May 11, 2021. For the sake of comparison, the original Lykan sold for $3.4 million apiece, so you can see how much value being in a famous movie and (probably) having been sat in by Diesel and Walker adds. 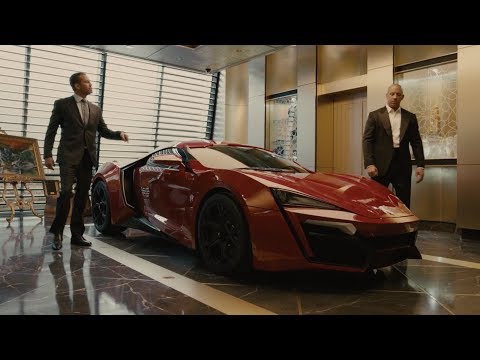 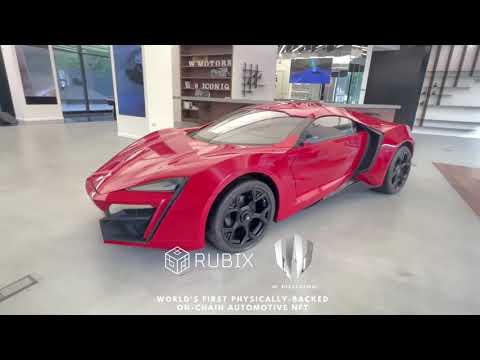