2 Ferrari Purosangue Is a V12 Slam Dunk, but Jeep Might Ultimately Win the EV SUV Game

3 Ferrari's Ex-CEO on an SUV: "You Have to Shoot Me First" – Meet the Purosangue

4 For His 44th Birthday, Swizz Beatz Hangs Out in a Ferrari Monza SP2

Home > News > U-turn
Alexandru Boghiu
It’s not that hard to fake being a millionaire these days. Just look around on social media, and you’ll see countless “rich” people flaunting stacks of cash and rented Lambos. Now, faking life on social media is one thing, but when you manage to do that in real life, that’s another story.
6 photos

Daniel Lesin is not your typical rich kid. Actually, he’s not that rich at all, and neither are his parents, even though the 24-year-old claimed his father is a Russian billionaire. He was living the good life, driving around in super rare exotic cars, and wearing expensive watches, presumably never wearing the same twice.

Moreover, he claimed to have invented gambling software while in college, and his hedge fund father had deep pockets. At his young age, all of that seemed to confirm his trust fund kid identity.

He was a regular at Cars and Coffee events, and he showed up at one such event in a Ferrari 488 Spider sometime in 2018, where he met Rob Ferretti, aka superspeedersRob on YouTube.

According to Rob, Daniel was swiping his credit card left and right, and it always seemed to go through. At one point, he even helped Daniel with storage space for many of his rare supercars, among which some Ferrari F12TDF, 458 Speciale, 488 Pista, Murcielago SV, Porsche 918, you know, the good stuff.

Not only that, but he also apparently had a Ferrari Monza allocation, which he managed to sell. It turned out his spot on the list was fake, so this raised some questions. With two $500,000 wire transfers for nothing, things got ugly, and it turned out there was no money either.

Now, why would you lie, plot, scheme, and steal when you have that many cars around and you’re traveling the world in private jets? Well, the answer arrived on June 2nd this year, when Daniel was arrested by the FBI and charged with wire fraud.

Rob made an entire video about the whole story, which you can watch below. 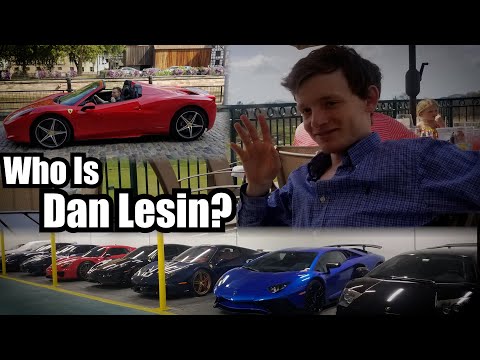