The Velar nameplate is one of the youngest on the market. Introduced by British carmaker Range Rove three years ago, it grew enough to justify some more investments in the range.
57 photos

In the week that will certainly be remembered as the German week (BMW revealed the M3 and M4, Motorrad the M 1000 RR, and Volkswagen the ID.4), the Brits fight back with the introduction of the P400e, and new Ingenium engines for the Velar range.

P400e is how Range Rover spells plug-in hybrid. We’re talking about a Velar powered by a 2.0-liter four-cylinder engine tied to an electric motor and a small battery pack. The combined power output for the model is 404 ps and 640 Nm of torque, while the acceleration time to 60 mph (96 kph) is rated at 5.1 seconds.

Despite being small, the battery requires 30 minutes to charge to 80 percent using a fast DC charge point (1 hour 40 minutes using a standard 7kW wallbox), and is good to power the SUV along in all electric mode for as much as 33 miles (53 km).

As for the rest of the Velar range, it too gets electrified, albeit on a smaller scale. The Brits are introducing a new generation of the Ingenium powerplant family, and pairs each 3.0-liter straight-six with a 48-volt mild hybrid system. The new units go into the D300 (300 ps and 650 Nm torque) and the P400 (400 ps and 550 Nm torque), while the D200 gets a reworked four-cylinder good for 204 ps.

"Electrified powertrains and cleaner mild hybrid diesel engines mean the Velar is an even more efficient and sustainable option for our customers,” said in a statement Nick Rogers, Executive Director, Product Engineering at Jaguar Land Rover.

“Jaguar Land Rover’s new Electrical Vehicle Architecture – EVA 2.0 – supports the new Pivi and Pivi Pro infotainment, as well as Software-Over-The-Air (SOTA), and a whole suite of advanced driver assistance systems, cameras and clean-air technology, making the Range Rover Velar cleaner, safer and smarter than ever before and one of the most technologically advanced luxury SUVs in the world.”

Range Rover did not say anything about release date of price changes for the new models. Full details can be found in the press release section below. 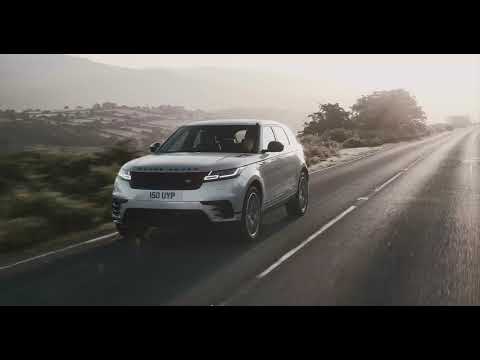