You don't have to be an expert in dog breeds to know which are the ones that command the most respect. For instance, Hollywood has taught us that every scrapyard in this world is populated by at least three Dobermans, and those are properly scary beasts.
1 photo
It doesn't even matter how fierce and dangerous they are in real life - this is the movies, so image is everything. If you look at them and get a shiver thinking what it would be like to watch their grins from ten inches and smell their breaths in real life, then the choice was right.

However, as our phrasing suggested, Dobermans have become a bit of a cliche over the years, and so have Rottweillers or Pit Bulls. The entertainment business is quickly running out of terrifying dog breeds, and there's no better way to show it than this latest Range Rover Velar commercial.

The British SUV has to maintain an air of luxury about it. That makes choosing a particular breed a lot more difficult because Pugs and French Bulldogs don't even scare a larger cat. A Czechoslovakian Wolf would have been a far better choice, but instead whoever is behind this commercial opted for a pack of friendly-looking Swiss White Shepherds.

Titled "Respect," the ad itself is pretty straightforward and didn't require a lot of creative thinking on the team's part. It is the easiest way of showing the Velar SUV becoming the alpha male of the pack while placing the action in a setting that's fitting for the vehicle's posh credentials - basic stuff.

Watching the clip, though, really got us thinking: what was it that got those cute Shepherds to submit to the Velar so quickly? Was it the "commanding presence" claimed by Range Rover? No, dogs don't care about that. Was it the LED headlights? Nope, tried that with an aggressive dog and a flashlight, still got to the hospital. Our only explanation is this: we think the Velar was soaked in Bullmastiff urine, but Range Rover chose not to show that part for obvious reasons. 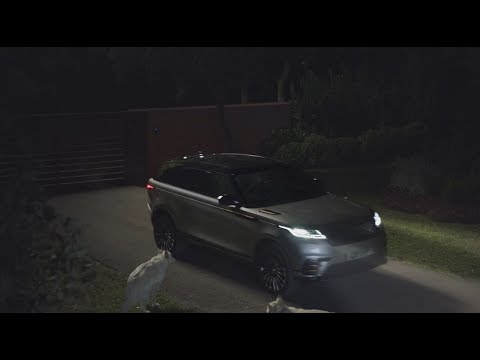