1 The “Rally Professor” Received a Not-So-MINI Advent Present, We Want One As Well

Here’s a rather big example that if you put your mind to it, nothing is quite impossible; it’s just a case of surmounting obstacles. Sure, dimensionally, this project doesn’t stretch too far. After all, we’re dealing with a classic Mini and a Yamaha R1 motorcycle. Not the largest vehicles out there. But how about the mechanic doing all the work having a visual impairment?
18 photos

Shoehorning a superbike engine inside the tight confines of a classic Mini’s engine bay is not something unheard of, but a blind mechanic doing the work... well, that’s just something else, right?!

We have recently stumbled upon a new YouTube channel called Blind Leading The Blind, which seemingly chronicles the trials and tribulations of Simon Fox.

Also called Foxy, the mechanic (which is also one of the most organized vehicle magicians we have come across) was the victim of a tragic accident more than a decade ago, and the horrific car crash left him blind.

His lifelong ambition since even before that happened was to build a superbike-powered classic Mini! Because he’s surrounded by loving family and friends, the needed ingredients, a classic Mini and a Yamaha R1 engine, found their way into his garage.

Unfortunately, they missed the opportunity to document the start of the journey, which is why the build kicks off from the second episode. No matter, because there’s a long journey ahead and we’ll be there to celebrate with them.

Before that happens, let’s check the setup. So, the blind mechanic Simon was the man with the dream and the vision of having a superbike-powered Mini, which led to the creation of the “Project YammaMini” moniker.

He’s getting some help from wife Pru as well as best friends Andy and David, but the three have no idea what they are doing, hence the name of the channel: Blind Leading The Blind.

Everything is logical, so don’t be amazed if they succeed in coming up with the crazy engine swap. Which, by the way, is not that out of the ordinary – just check out this insane mid-engine Rover Mini that got treated to the powerplant of a Kawasaki Ninja! 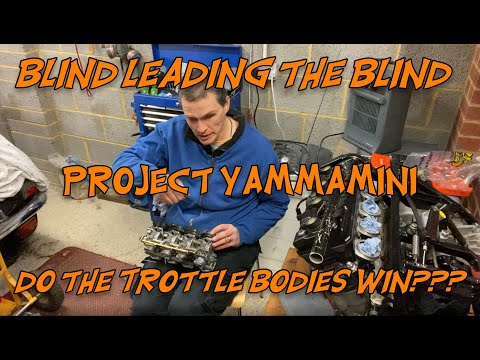 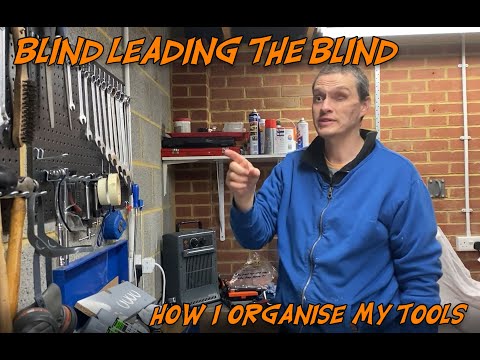