The biggest MINI on the market was the Countryman, and it was introduced in 2010.

The second generation came in 2017 and received a facelift in 2020.

Despite being a crossover, the Countryman still resembled some details connected to the original MINI. Apart from the headlights and the “fridge-doors” in the back, it offered new possibilities for its owners.

There were just a few details that could tell the difference between the 2017 and the facelifted, 2020, model. On the front, the LED headlights were fitted as standard and not an option for the non-facelifted model. An adaptive headlight system was on the options list. The rear apron was redesigned in the back, and the taillights showed a brighter Union Jack light thanks to the LED system. A distinctive aerodynamic package enhanced the sportier look of the Cooper version.

While most of the range showed a stylish design, the Countryman featured a more practical approach. For instance, it was available with a bigger trunk and split-fold 40:20:40 rear bench. With all seats folded, the total luggage volume was increased from 450 liters (15.9 cu-ft) up to 1390 liters (49 cu-ft). The MINI Cooper S Countryman, MINI Cooper SD Countryman, and MINI Cooper SE Countryman ALL4 models were featured as standard Piano Black interior surfaces for the cockpit and door bezels.

Under the hood, MINI offered Euro 6d engines only, and some versions were available with automatic transmissions only. The plug-in hybrid version received a bigger battery pack for better fuel-efficiency. 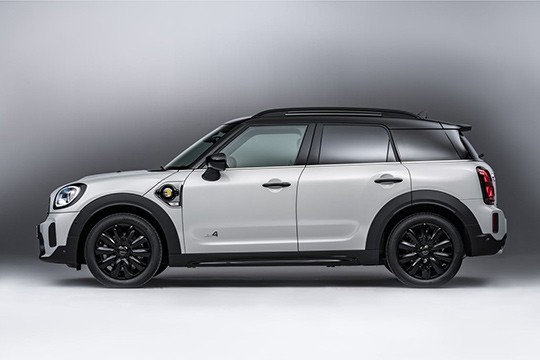