1 Evolv Stride E-Scooter Comes With Full Suspension, Boasts a Range of Up to 40 Miles

2 Freego F12 E-Scooter Is Made for Comfortable Urban Rides, Has Large Wheels and a Wide Deck

5 Taito Three-Wheeler Lets Nuns Go Wild, Claims to Be the Grown-Up of Electric Scooters
Car video reviews:
Up Next

Micro-mobility vehicles are all about convenience, portability, and being environmentally friendly. But that doesn’t mean they can’t bring something extra to the table, like this weird-looking electric trike that claims to be the world’s first foldable, reverse three-wheeler.
9 photos

There are a lot of gaps to be filled when it comes to Afreda S6, whose manufacturer, price, and complete specs are yet to be revealed when it officially launches on Indiegogo. Rumors have it that the three-wheeler’s launch on the crowdfunding platform had to take place on April 15, but it wasn’t meant to be. Nevertheless, the electric vehicle is interesting enough to deserve an introduction before it gets properly released.

Afreda S6 was inspired by Piaggio’s MP3 tilting three-wheeled scooter. It was designed by a structural engineer who also has a passion for bikes and wanted to come up with a folding vehicle that doesn’t sacrifice the riding experience for convenience.

Hence, the Afreda was born, a folding scooter that promises stable, comfortable, and safe rides both in the city and off-road while also offering an interesting and elegant design.

The frame of the three-wheeler is made from aerospace-grade aluminum, but somehow the whole thing tips the scales at 32 kg (70.5 lb), so it isn’t exactly easy to haul it around. However, folding it is a quick, easy, one-step process, with the Afreda S6 shrinking down just enough to be stored just about anywhere, be it in your office by your desk or in the trunk of your car. When folded, it can also be easily carried, just like a suitcase.

Afreda S6 claims to be superior compared to most competitors when it comes to shock absorption, with the two front wheels boasting a vertical swing of more than 11”. It also claims to offer safe and stable rides, maintaining its balance in the most challenging conditions.

This tilting e-trike packs a 250W motor in its European version, but if you plan to use it in the U.S., you can also opt for the 500W motor variant. Afreda comes with two batteries that claim to offer a range of up to 60 km (37 miles) on a charge, although that depends on various factors like the riding mode you’re using the scooter in.

Right now, I’m still waiting for the reverse three-wheeled scooter to launch on Indiegogo so I can find out more about its price, availability, and capabilities. Meanwhile, the videos below might give you a better idea of what it has to offer. 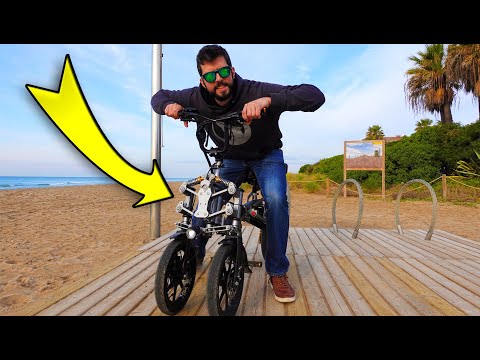 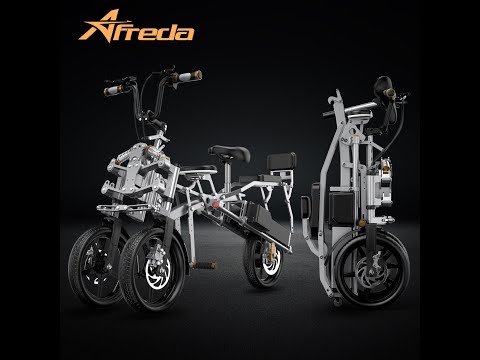