1 Arnold Schwarzenegger Is Best to Fight Off an Alien Invasion, Poll Shows

3 By July, We Should Learn All About UFOs Visiting America

5 Aliens Don’t Want Us to Know They’re Here, Says Ex-Head of Israeli Space Program
Up Next

Home > News > Space Junk
Elena Gorgan
As even UFO skeptics will say every once in a while, it would be extremely arrogant of us to assume we’re alone in the universe. As far as alien incursions in our space go, though, the jury is still out.
1 photo
But here’s something that tips the scales in favor of UFO theories: the Pentagon is confirming that a batch of recent viral photos and videos allegedly showing alien aircraft are legitimate. They were captured by Navy personnel throughout 2019 and, indeed, they do show unidentified aerial phenomena – UAPs for short. Or UFOs, as us common folk would say.

Pentagon spokeswoman Sue Gough tells CNN that several such UAPs were captured on camera on several occasions, at unspecified times that year and at unspecified locations. There was the triangle-shaped blinking UAP shown in the video below, but also a sphere, an acorn-shaped UAP, and a “metallic blimp.”

All sightings are classified as UAPs and are under investigation with the Department of Defense’s recently created Unidentified Aerial Phenomena Task Force, Gough says. Confirmation of the legitimacy of the leaked materials is the good news. The bad news is that this is where the line is drawn as regards transparency, for the obvious reasons.

“As we have said before, to maintain operations security and to avoid disclosing information that may be useful to potential adversaries, DOD does not discuss publicly the details of either the observations or the examinations of reported incursions into our training ranges or designated airspace, including those incursions initially designated as UAP,” Gough explains.

The Pentagon coming out to confirm the strange sightings are of UAPs or UFOs is far from a confirmation of alien aircraft crossing our airspace. It just means these are unidentified aircraft that may or may not have an extraterrestrial point of origin. As far as the Pentagon is concerned, for the time being, the public won’t know which it is, because the findings of the investigation won’t be made public. 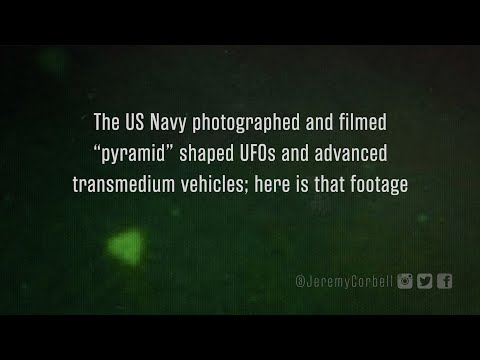