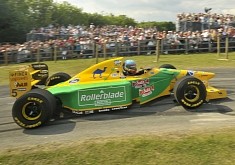 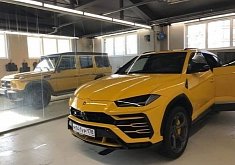 Pioneering Vertiport in Canada to Be Built at a Former U.S. Air Force Base

13 Jun 2022, 04:36 UTC · By: Otilia Drăgan / An aerospace company in Canada is working with the UK-based UAP vertiport developer to bring a pioneering hub for air taxis in the country

NASA Officially Going After UFOs, Doesn’t Like the Word and Calls Them UAPs Instead

10 Jun 2022, 08:51 UTC · By: Daniel Patrascu / American space agency NASA announced the creation of a team to study what it calls unidentified aerial phenomena, report should be ready next year

26 Jun 2021, 04:53 UTC · By: Elena Gorgan / The Office of the Director of National Intelligence releases 9-page report into 144 UAP sightings by U.S. Navy personnel, explains only one of them

19 May 2021, 14:00 UTC · By: Elena Gorgan / Former Deputy Assistant Secretary of Defense for Intelligence Christopher Mellon points to the security threat of having UAPs in restricted military airspace

19 May 2021, 08:51 UTC · By: Elena Gorgan / New declassified videos are now subject to a Pentagon investigation, and former President Obama says footage and sightings of UAPs are as real as they get

17 Apr 2021, 06:02 UTC · By: Elena Gorgan / Videos and photos of unidentified aerial phenomena are legitimate and were captured by Navy personnel. An investigation is underway, but results won’t be public

19 Sep 2019, 13:00 UTC · By: Elena Gorgan / The US Navy acknowledges the videos obtained by the To the Stars Academy of Arts and Sciences, confirms they show unidentified aerial phenomena