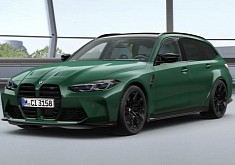 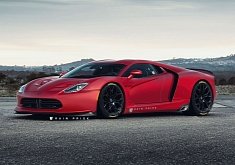 29 Jun 2022, 11:08 UTC / Dozens of mini robots could someday explore the oceans beneath the icy crust of Jupiter's moon Europa or Saturn's moon Enceladus

12 Jun 2022, 02:20 UTC / HiRISE photograph showing a portion of the Capen Crater, in the Terra Sabea region of the Mars, looks like a trio of footprints

These Eerie-Looking Dark Patches on Mars Look Like Cheetah Spots

A Year Ago, NASA's Ingenuity Mars Helicopter Took to the Skies for the First Time

20 Apr 2022, 00:20 UTC / It was on April 19th, 2021, that NASA's Ingenuity little helicopter successfully demonstrated that powered, controlled flight was possible on another planet

9 Mar 2022, 01:11 UTC / NASA Perseverance rover is rapidly expanding its rock collection. The machine has successfully snatched another piece of Mars to carry with it

1 Mar 2022, 17:07 UTC / Recently, NASA's Curiosity rover found an intriguing tiny structure on Mars that looks like a flower covered in dust, growing out of the surface

17 Jan 2022, 00:17 UTC / What you're looking at seems to come from a sci-fi movie. However, in reality, it comes from Mars and it's a complex structure resulted from tectonic processes

12 Oct 2021, 20:18 UTC / On September 1st, NASA's Perseverance rover successfully took a sample from an alien world that could be returned to Earth by future spacecraft

24 Aug 2021, 00:00 UTC / Recently, NASA's Perseverance rover has spotted one of the Martian moons, Deimos, hovering above its robotic head in the sky.

13 Jul 2021, 13:24 UTC / Elon Musk is hoping to built a Martian city by 2050. On Saturday, SpaceX founder took to Twitter to adress the status of building Raptor engines for Starships.

8 Jul 2021, 05:24 UTC / MAD Architects unveiled the design for their new project. Called the "Cloud Center", the building will resemble a floating cloud.

17 Apr 2021, 06:02 UTC / Videos and photos of unidentified aerial phenomena are legitimate and were captured by Navy personnel. An investigation is underway, but results won’t be public

6 Dec 2020, 06:44 UTC / Art collective The Most Famous Artist sort of claims the infamous Utah monolith and the one in California, is now selling facsimiles

Third Mysterious Monolith Removed Because America Is No Place for Aliens

4 Dec 2020, 06:21 UTC / Third mysterious structure goes missing less than 24 hours after discovery; vandals livestream the theft and claim it in the name of “Christ is king”

3 Dec 2020, 08:34 UTC / A new construction similar to the one found in Utah is discovered on top of Atascadero’s Pine Mountain, further fuels alien buzz

Thieves of Utah Monolith Identify Themselves, and They’re Not Alien

2 Dec 2020, 05:40 UTC / One part of the mystery is solved: base jumper and slackliner says mission to remove the aluminum monolith was a must due to the damage done to the landscape

Aliens Are Dropping Clues: Second Monolith Pops Up (and Disappears) in Romania

1 Dec 2020, 04:42 UTC / This time, the aliens were on a budget: the second mysterious construction was less polished and clearly just planted into the ground; it was gone in four days

Aliens Took Back Their Monolith: Utah Mystery Structure Has Been Removed

29 Nov 2020, 06:37 UTC / An aluminum monolith was discovered in the Utah red mountains earlier this month by accident, despite being there for 5 years. Someone stole it last night