4 Abandoned Airplane Gets Detailed by an Expert, Two Days of Work Are Worth It

Not all superheroes wear capes. Some of them pilot and land small-engine turboprop airplanes even though they have zero flying experience. Others are air traffic controllers.
6 photos

A most touching and awesome story comes out of Florida this week, and, for once, it doesn’t involve the uber-famous “Florida man” who’s always up to no good. This time, a lot of men were up to a lot of good, being able to work together and successfully land a Cessna 208 Caravan plane after the pilot suffered a mid-flight medical emergency and had become incapacitated.

The Caravan, a turboprop single-engine plane designed as a utility aircraft, took off from the Bahamas, heading to Florida. Mid-flight, one of the two passengers onboard radioed for help, saying in a very calm voice, “I've got a serious situation here. My pilot has gone incoherent. I have no idea how to fly the airplane.” Neither did he know the location of the plane.

An air traffic controller from Fort Pierce responded, urging the newly-minted pilot to keep the wings level and to continue flying along the coast while they located the aircraft by radar. Once it reached Boca Raton, Palm Beach International Airport took over. As it happened, air traffic controller Robert Morgan, who took over the difficult mission, was a certified and experienced flight instructor, and even though he had never flown a Caravan himself, he was still able to guide the “passenger pilot” to a safe landing.

CNN reports that Morgan and the “passenger pilot” met and hugged after the landing, which the former rated a 10 out of 10. In fact, the unwilling pilot became somewhat of a legend because, while there have been cases of passengers landing planes before, for whatever reason, this was the first time one had landed this particular model of Cessna, which is more complicated to operate and comparatively more powerful.

So not only did a passenger land a plane, but he was able to land a Caravan – and to land it beautifully, like a proper pilot. CNN affiliate WPBF has footage of the landing (see below), and you can judge for yourself. For what it’s worth, CNN notes that, while the passenger had zero flight experience, he did have some aviation knowledge and had watched other pilots fly.

The Federal Aviation Administration (FAA) is investigating the incident. The pilot’s condition remains unknown as of the time of press. 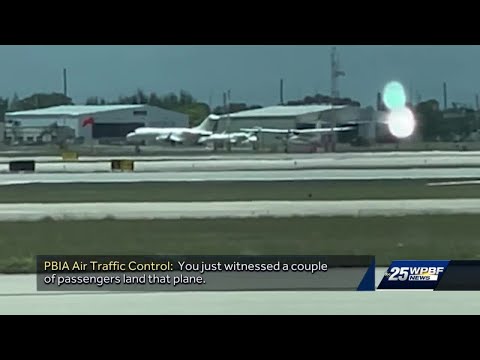