5 Rocket League Season 3 to Bring NASCAR and Formula 1
Car video reviews:
Up Next

Bill France Sr. started the National Association for Stock Car Auto Racing in 1948, and over the years, no fewer than six generations of cars have been fielded. “Next Gen” is how the seventh-generation cars are called, and they’re very different from their predecessors under the skin.
26 photos

First of all, the standardized chassis means that NASCAR Cup Series teams will no longer need to fabricate their own cars from a blank sheet of paper. Next Gen cars feature 18-inch wheels instead of 15s, and they’re forged aluminum rather than steel for better durability and lower weight. Even the rubber has grown wider, up from 10 to 12 inches, with a smaller sidewall.

The forged-aluminum wheels are rocking a center-locking nut instead of five lugs, a change that should help the pit crew a lot. The Mustang, Camaro, and Camry all feature specific hood louvers that channel air out of the radiator. This element decouples engine performance from aerodynamic performance, offsetting the unsporting practice of taping off the air intakes.

Seventh-generation NASCAR cup cars also happen to feature a lower roofline, which decreases rear visibility. As a result of this change, a rear-mounted camera is mandatory from the 2022 season onward. Larger brakes, rack-and-pinion steering, a 20-gallon fuel cell, the symmetrical body shell, rectangular reinforced tubing for the chassis, and energy-absorbing foam bumpers also need to be mentioned, but these aren’t the biggest changes.

As the headline implies, Next Gen regulations include a sequential transmission. A five-speed transaxle replaces the four-speed manual transmission of sixth-gen cars, and the reason NASCAR switched to the sequential setup is to accommodate an upcoming hybrid engine. No timetable has been offered for the hybrid engine at the time of writing.

And finally, the good ol’ track bar and solid axle are gone in favor of five-way adjustable dampers and independent rear suspension. All teams will be kept in check by a suspension travel limiter that will retain the higher ride height, thus eliminating any chances of gaining an aero advantage. 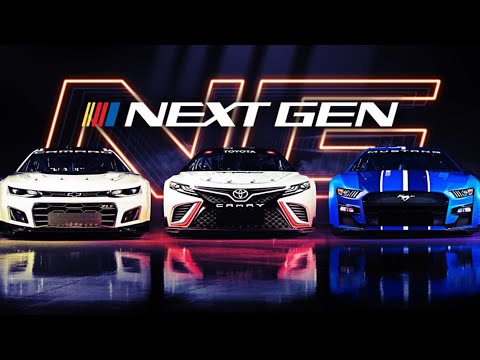