The future is all digital, but will this immersion in the Metaverse mean having to ditch physical assets for good? One Miami-based entrepreneur believes it does, but it’s ok to disagree.

This is perhaps one of the most ridiculous NFT-related stories in a long time, and that includes the art project that saw a functional Lamborghini Huracan blown up so pieces of the wreckage could be turned into NFTs. If this is a sign of the digital future, many would probably choose to sit it out. One man, the Miami-based entrepreneur mentioned above, actually destroyed a piece of art by Frida Kahlo to launch a limited collection of NFTs.

NFTs are non-fungible tokens, unique pieces on the blockchain that can be tied down to a physical asset or not, and traded for real money or cryptocurrency, but usually the latter. Both the crypto and the NFT markets have taken a dive in recent months, but the bubble is yet to burst. Despite this and despite warnings that both are nothing short of elaborate, modern-day pyramid scams, people still believe in this digital future previewed by NFTs and cryptocurrency.

Martin Mobarak claims to be one of them, and he’s saying it because he needs other 10,000 people to believe it as well, so they can buy his brand new Frida NFTs. To sum up this ridiculous tale of modern technological advancement, Mobarak willingly burned his very own Frida Kahlo illustration, estimated at over $10 million, just so he could launch it as an NFT. His Frida NFTs are now the only legitimate copies of the illustration “Fantasmones Siniestros,” which was taken from Frida’s diary.

Mobarak bought the artwork in 2015 from the Mary Anne Martin Gallery in New York, and it is the only piece removed from the diary, which is now at the Frida Kahlo Museum in Coyoacán. According to Mexico’s National Institute of Fine Arts and Literature (INBAL), all of Frida Kahlo's artwork is considered an artistic monument, including the pieces found in private collections, so whatever is done to them requires approval from the INBAL and the Kahlo Estate.

That last part is important, because Mobarak completely ignored it when he took his illustration out of the frame it was in and set it on fire in a glitterati event that took place at the end of July. Before you start wondering what could have possessed him to do such a thing, the answer is simple: NFTs. In Mobarak’s words, the torching of the physical artwork was necessary to immortalize it and “permanently transition into the Metaverse.”

The video shot on the occasion claims that Mobarak burned it to “transform and revolutionize the Art, NFT, Charity Worlds, and Health Sector” and that “this profound act was done for unfortunate children, battered women and other less fortunate around the world to receive hope.” This is said unironically in a video that shows the same glitterati partying by the pool, sipping champagne in designer clothes, and watching live performers.

By destroying the valuable original and launching 10,000 NFTs of it, Mobarak democratized it, creating along the way “donations that will continue to grow in perpetuity.” He destroyed the physical copy and launched digital versions that will sell and re-sell, increasing value over time. That’s a good thing, he says, because all the money will go to charity. It’s a hefty sum, too: each NFT is priced at 3 Ethereum, which means Mobarak is hoping to get some $40 million for the entire lot, if it sells.

Clearly, $40 million is better than $10 million, charity or not. He could have probably gotten more than the $10 million he paid for the drawing in a fundraiser or auction, but nothing he could have done would have gotten him the kind of publicity he got by burning it. Of course, we’re to take him at his word that he will be donating the money to charity: local media reports that not one of the organizations listed on the new Frida NFT website has yet received any kind of money.

In theory, private property is yours to dispose of as you see fit, as long as you’re not hurting anyone and, more importantly, if you’re not breaking the law. Oops. “The deliberate destruction of an artistic monument constitutes a crime in terms of the Federal Law on Archaeological, Artistic and Historical Monuments and Zones,” INBAL says in a statement regarding Mobarak’s little stunt at the launch.

So he broke the law, but he also offended common sense. There is such a thing as destroying the past to build the future, but if the digital future requires you to gratuitously damage invaluable art, maybe it’s time we reconsider some aspects related to it. This is just stupid: a new layer of stupid over the already stupid layer of stupidly overpriced NFTs. 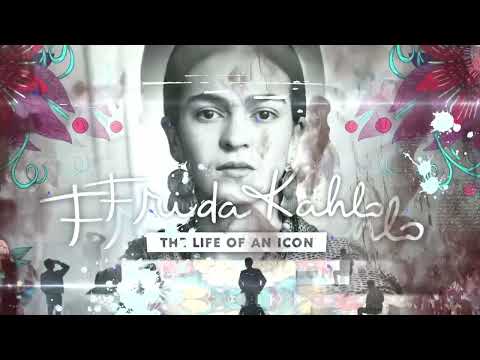