5 789-HP Mercedes-Maybach GLS by Brabus Is Here, Celebs Know What They Want for Christmas
Car video reviews:
Up Next

Brabus has had its way with the Mercedes-Maybach GLS 600 once again, and their latest proposal brings more power to the party, and a few other features.
27 photos

Enhancing the sound of the engine in Sport mode is the stainless steel exhaust system with active valve control, but worry not, as your neighbors will not hate you for it, as long as you put it in the ‘Coming Home’ mode every time you drive around your block. The vehicle features a Brabus Airmatic suspension too, which brings the entire body closer to the ground by 25 mm (1 in). This leaves room under the arches for the 24-inch wheels, shod in 295/35 front and 335/30 rear tires.

A body kit is part of the makeover, comprising the fender flares, and front and rear add-ons. Brabus has worked its magic on the bumpers and has applied its logos to the exterior. The pictured luxury SUV that has more power than some modern supercars was finished in black, with visible carbon fiber attachments that can also be had in glossy black.

‘Brabus Masterpiece’ logos that bear the signature of the company’s CEO, Constantin Buschmann, bedeck the cockpit that has been reupholstered in fine leather that combines beige and black. Brabus entry sills greet those opening the doors, and the vehicle features additional carbon fiber trim as well, and two extremely comfortable captain’s chairs at the back, with heating and ventilation. Pricing has yet to be announced, but you already know that it costs an arm and a leg, don’t you? 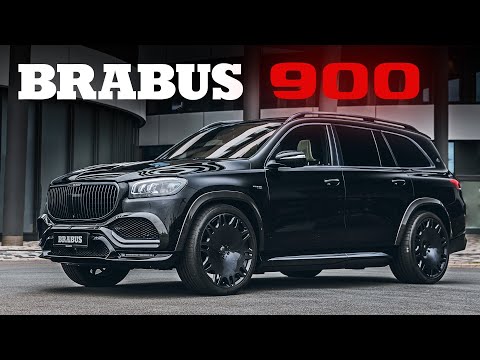