3 1969 Ford Mustang Hides Strange V8, Sounds Like Anarchy With a Side of Sacrilege

After trying something different over the winter, with an insane 8-turbo setup on his LS-swapped Ford Mustang, Kyle Williams has decided to get back on route for the 2021 drag racing season. The powertrain has been transformed over the past few weeks, and it's almost time for the first race of the year.
10 photos

The 8-turbo Mustang managed to attract a lot of international attention for Kyle's projects, but it did fail at providing a race-worthy performance. Kyle managed to squeeze out 737 horsepower and 590 lb-ft (800 Nm) of torque when he took it to the dyno, but that wasn't going to be enough for him to run a decent time at the drag strip. And so he decided to switch back to a big single turbo setup, in pursuit of a new personal best.

The best performance this car has ever managed was an 8.63 seconds quarter-mile (402 meters) run, and it should be pretty interesting to watch Kyle trying to beat that. He has been hard at work since he decided to make the change on the car, and it was just about two weeks ago that he fired the car up for the first time. It's inspiring and educating to watch him doing so much fabrication work, coming up with solutions for every small problem along the way.

Preparing for the first race of the year, the car has also received a new set of Mickey Thompson Street Radial Pro Tires. Without the 8-turbo setup, the car doesn't feel like a spaceship anymore, and Kyle should be able to even see through the windscreen from now on. But even though it looks more like a regular car now, this engine setup still sounds crazy, and the massive new exhaust might play a role in that too.

Planning for the journey to the dyno, Kyle was expecting the car would make at least 1,200 horsepower, noting that "If it doesn't make over one thousand we should probably just burn it". Before going to the dyno, he takes it out of the garage for a short drive, without abusing the throttle in any way. We've also learned that Kyle does plan to strengthen the transmission on this car with multiple billet parts, but until then he's going with a "fingers crossed" approach to the whole thing.

The moment he arrives at AFR Autoworks for dyno day, he comes across his old Supra, which he had told us about in a previous interview. But that aside, the Mustang goes out of the truck and onto the dyno, and expectations are running high. The first test pull is enough to get you all worked up about this thing, even though the numbers on the screen aren't that impressive.

After 9 runs, the tuner is still working on driveability aspects ahead of the main event at Miles of Mayhem, and the screen reveals a maximum output of 408 horsepower and 424 lb-ft (574 Nm), which does not reveal the full potential of this build. Soon enough, the team runs across an issue with the wiring, that may have seriously affected the performance of the 8-turbo setup as well.

Further down the dyno session, we get to see the best output this car has had all year long, with 774 horsepower and 663 lb-ft (899 Nm) of torque. For the last run of the day, the Mustang made 901 horsepower, on 22 PSI (1.51 Bar). But things start going south right after that, and a strange noise is coming from the engine bay. Upon closer inspection, they find pieces of brass lodged in the turbo, which of course was damaged.

Kyle is now running on a super-tight schedule, as Miles of Mayhem starts this Monday. Opening up the engine after the dyno session, it seems that the damage to the bottom half of it was minimal. But the heads needed to be rebuilt, so the team is cutting it close here. If they can make it to the strip for the event, and manage to do a sub-10-second run, that's going to be a performance in itself. Either way, we'll keep you updated with progress on this! 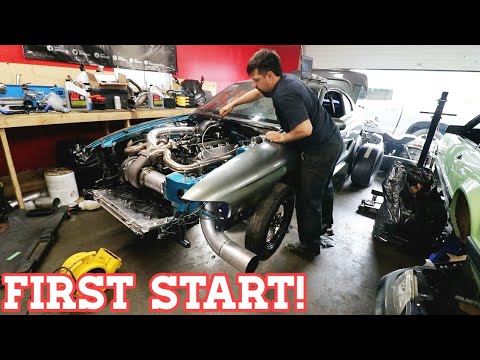 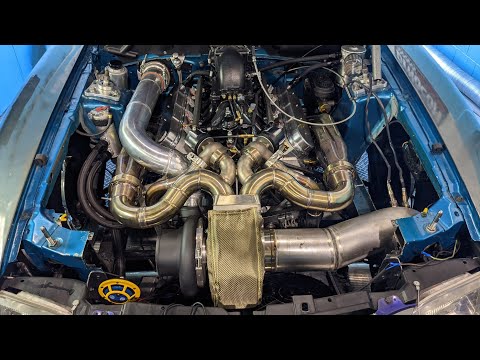 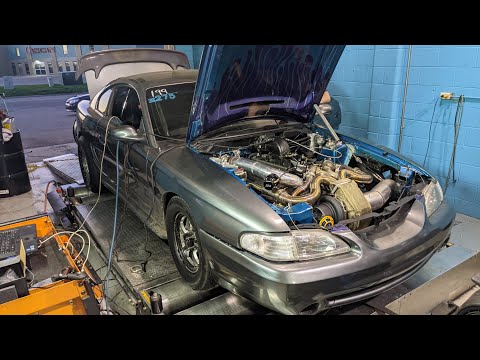