4 Lamborghini Driver Gets Rear-Ended and Puts On a Show

5 BMW 5 Series E60 Gets De-Bangle-Ized, Literally Puts Its Money Where Its Mouth Is
Coverstory

Elena Gorgan
Deep down, we’ve known this all along: social media is never what it seems to be. On social media, every poster is happy, rich and content, and always good-looking, but reality can make for a stark contrast.
6 photos

We’re not here to discuss the merits or disadvantages of social media, though. We’re here to discuss that viral video that has already amassed over 40 million views on TikTok alone, apparently showing an instance of road rage and the most unhinged version of a Karen ever made famous online: a black Audi ramming into the rear of a Lamborghini Aventador and the driver of the former claiming the latter was at fault.

It goes without saying that, in most instances, if you ram into someone else’s rear, you’re at fault for not maintaining the proper distance and for not braking in time. Brake-checking could be an exception, but the video in question did not show that.

That was on purpose.

First things first: the original video, recorded by the driver of the Aventador, Matt Heller of Horn Blasters, showed the unhinged Karen claiming he’d hit her car from the front at a red light. Rear-ending, that’s not how it works, Heller told her laughing – in what was thought to be a very excellent and rare instance of keeping your cool in an otherwise stressful situation. He even offered to call the cops for her and advised her to remove her wrecked car from the intersection.

Video from a nearby gas station showed the Audi, an A4 by the looks of it, ramming violently into the Aventador. In short, the video backed Heller’s side of the story: the Karen had rear-ended him and then denied responsibility for it by claiming she was, in fact, the victim.

As it turns out, Karen, Maddy Gilsoul by her name, has video, too. There was an entirely different part of the altercation that was not shown in Heller’s video, and it would have prevented him from painting her into the bad guy. The Karen, if you will.

Two videos Gilsoul posted to the same social media platform show the cars at the light, moments before the crash. The Aventador is behind the Audi, which is behind a blue sedan stopped at the lights. The blue sedan moves at one point, but the Audi doesn’t, and this is when the Lambo overtakes it by going into incoming traffic, and sideswipes it hard.

According to Gilsoul, Heller was angry that she didn’t make the turn on the yellow light, so he hit her as punishment. She went in pursuit of him and rear-ended him by accident – though, in one of the now-deleted comments, she admitted to rear-ending him out of rage, because he hit her first.

What we’re saying is that always, without fail, there are two sides to every story. The lesson here is that, number one, social media is the modern equivalent of the high school playground, where everyone gets to air their dirty laundry and nasty secrets, and we’re all unable to stop gawking.

The second lesson is that, maybe, we shouldn’t jump to conclusions. As Heller’s original video went viral, the number one takeaway was that here was a Lambo owner acting like a decent human being, trying to diffuse a tense situation and not being a douchebag, while a crazed woman hurled insults and ridiculous accusations at him. The truth was halfway, as always.

Most importantly though, the biggest lesson here is that road rage has terrible manifestations, and maybe we could all show some understanding for the guy or gal in front. Maybe rushing through an intersection isn’t that important, for all the two or three seconds of time we “save.” 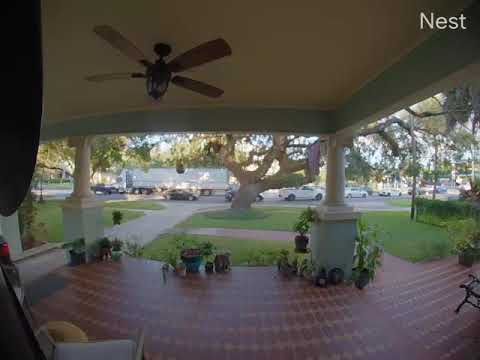 ##lamborghini ##lamborghiniaccident ##fyp @mattfromhornblasters.com why does your insurance say you drive a Volkswagen sweetheart?

Editor's note: Please be advised that some of the footage included contains graphic language that might offend.

Tesla May Have Started a Price War, but Most Carmakers Aren't Willing To FightSee all editorials