Lightweight, small, but with a design that maximizes cabin space, and more fuel-efficient than similar aircraft, the HondaJet continues to break its own records in terms of popularity and sales. According to its manufacturer, it continues to be the most delivered plane in its class for the fifth consecutive year.
6 photos

Honda Aircraft Company recently announced that in 2021 alone, it delivered 37 units to customers all over the world. And it’s not its only achievement, as it had other milestones to celebrate as well. For instance, in late December, Honda delivered its 200th HondaJet, with the fleet managing to surpass 100,000 flight hours last month.

Moreover, Honda Aircraft’s maintenance technicians were recently awarded the “Diamond level AMT (Aviation Maintenance Technician) employer award” by the FAAA (Federal Aviation Administration), which is said to be the highest recognition for skill and professionalism.

The first customer deliveries of the HondaJet began in 2015 and now the aircraft is certified in 14 countries globally.

Back to the aforementioned HondaJet 2600 Concept, Honda Aircraft describes it as the first light jet able to make non-stop transcontinental flights across the United States. This flying machine boasts a range of 2,625 nautical miles (around 3,020 miles/4,860 km). Unlike previous HondaJet models that offer capacities of seven or eight seats, the 2600 Concept is an 11-seater, with the aircraft offering three types of modular, customizable cabin configurations.

As for the HondaJet Elite S, the manufacturer boasts of it being the fastest, highest-flying plane and with the largest cabin in its class. It is also more fuel-efficient and emits less greenhouse gas than other similarly sized twin-engine business jets.

You can see a recap of HondaJets' successes so far in the video below. 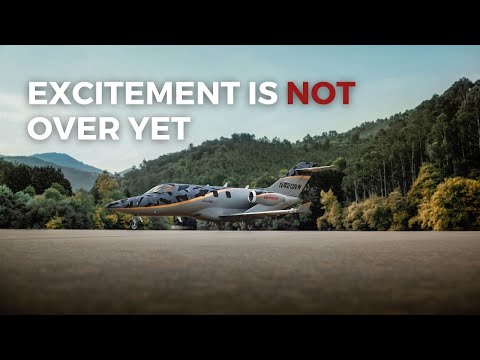