3 Remembering the Iconic Bedroom on Wheels, the '50s Dormobile Campervan

5 World’s Most Famous Hispano Suiza, the 1924 H6C Tulipwood Torpedo, Could Sell for $12M
Car video reviews:
Up Next

As collectible cars go, this is perhaps among the most unassuming and seemingly uninteresting to emerge on the market in recent months. But fans of hit AMC series Breaking Bad and the spinoff Better Call Saul will instantly know and duly appreciate it.
10 photos

So it is for the ultimate Breaking Bad fan that this next auction listing is of the most interest: Giancarlo Esposito is selling his 1998 Volvo V70 wagon at the Mecum Auctions Harrisburg event on July 30. The actor starred as Gus Fring on the original, now-defunct series, and counts with appearances on the still-on-the-air spinoff, and the wagon in question always tags along. Fring, along with leading character Walter White, is widely considered among the best (and most popular) anti-heroes of modern programming.

A Volvo V70 wagon – and a clearly dated model, at it – is perhaps the last car you have in mind when you think “villain,” but Gus Fring was no regular bad guy. As he once told his occasional partner turned nemesis Walter White, “I hide in plain sight, same as you,” so a car that a respectable Los Pollos Hermanos fast-food joint owner would own would look exactly like this one.

This V70 is in no way spectacular, and that’s probably what makes it so interesting. Powered by a 2.3-liter turbocharged four-cylinder engine mated to an automatic transmission, it comes with dark blue exterior and tinted glass over a tan leather interior, and that’s about as exciting as things get. It is, however, in excellent condition and it is a famous television auto, since it was featured on seasons 2, 3 and 4 of Breaking Bad, and seasons 3, 4, 5 and 6 of Better Call Saul.

The Volvo was presented as a gift to Esposito at the end of the production and, for a reason that Mecum doesn’t mention in the listing, he’s decided to part ways with it. No price estimate is offered, nor mileage, but the listing notes that it’s the star vehicle of the event. This means you should expect it to fetch more than the average $14K a mint-condition Volvo V70 of the same period gets.

Here’s Walter doing his DEA-agent brother-in-law’s bidding and tracking Gus Fring’s V70 wagon. Which you could own soon. 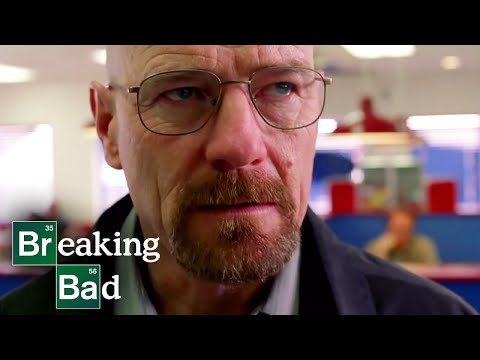