At the beginning of 2022, Volvo introduced a sportier-looking version of the XC40 Recharge on the market and named it C40 Recharge.

While the XC40 was a regular crossover with an almost vertical tailgate, the C40 was more of a four-door coupe crossover. But both vehicles shared the same underpinnings.

The C40 has a specific shape from the outside, but some parts were shared with its XC40 Recharge sibling. Since there was no need for a larger cooling area, the all-electric C40 Recharge received a curved panel instead of a regular grille. In addition, Volvo installed a choice of light-alloy wheels up to 20" in size. At the front, the car shared the same look as the XC40, but it featured a sloped-down roofline with a tailgate at the back. The specific design of the taillights was emphasized by the rear fenders' shape, with enlarged areas that created the known "Volvo shoulders."

The interior looked similar to the one from the XC40 Recharge. Atop the center stack, the carmaker placed an Android-powered infotainment unit. In addition, Volvo installed a rather tall center console between the front seats, even though it didn't need any room for a gearbox since it didn't feature one. The C40 Recharge offered room for two adult passengers at the back, although the headroom was not as adequate as in the XC40. 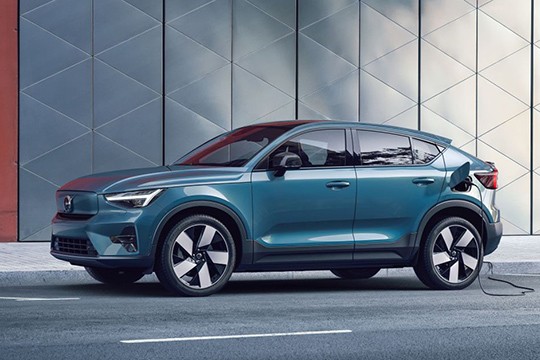 1 Volvo FH12 Motorhome Looks Like the Epitome of Luxury on Wheels, Costs About $1 Million

3 Volvo, The Local Project Meets the Travel and Leisure Needs of Urban Nomads

4 1990 Volvo Wagon Spent the Last Ten Years in a Field, Will It Still Start?