5 Most Unwanted Records in Formula 1 That No Driver Wants To Be Associated With
Car video reviews:
Coverstory

The fight for the 2022 Formula 1 Title is far from over. There are still 11 more races to go until the end of the season. The stakes are as high as ever, as no one can afford to relax at any given moment. This is a multi-billion dollar industry, after all, and all the players involved know that quite well. And that's part of the reason why it's so exciting to watch them compete against each other, even from afar.

F1 French Grand Prix Is up This Week at Paul Ricard, the Stakes Are as High as Ever

The French Grand Prix has been a part of the Formula 1 calendar for many, many decades now. But the series organizers haven't always used the same venue. If you look at the history of this GP, you'll see it has been on racetracks like Reims-Gueux, Dijon-Prenois, Magny-Cours, and of course, Paul Ricard.

Its debut F1 event took place in 1971, and it was Jackie Stewart that emerged victorious in his Tyrrell 003. Circuit de Paul Ricard was featured on the calendar thirteen more times before being replaced by Magny-Cours in 1991.

Some of the most famous drivers to have won a French Grand Prix at Paul Ricard are Niki Lauda, James Hunt, Mario Andretti, Alain Prost, Nelson Piquet, and Nigel Mansell. F1 took a break from this event between 2009 to 2017 before going back to Paul Ricard.

In the previous three races held here (the 2020 event didn't happen due to the pandemics), Lewis Hamilton won the first two. And he came close to securing a third victory in Southeastern France, but Max Verstappen was just under three seconds faster to the finish line in 2021.

Ferrari dominated the French GP between 1997 to 2008, winning 8 out of 12 events, thanks mostly to Michael Schumacher. But the last victory for Ferrari at Paul Ricard dates back to 1990 when Alain Prost managed to win against some top drivers like Ivan Capelli and Ayrton Senna.

Going into this event, you can't help but notice the gap between Max Verstappen and Lewis Hamilton. While the Red Bull Racing driver is leading the championship with a total of 208 points, the Mercedes-AMG driver is down in sixth with just 109 points.

George Russell is doing slightly better than his teammate, as he's fifth overall so far. According to official team statistics, Russell has completed 2,017 laps this year, versus Hamilton's 1,979. But he's yet to provide the ultimate proof of his talent with no victories scored after 71 GPs.

Meanwhile, Hamilton has won 103 races out of a total of 299. This means that this year's French Grand Prix marks his 300th F1 race since he joined the series in 2007. What's interesting to note is that Nyck De Vries will be replacing him for FP1 on Friday, as per the championship rules.

Of course, Hamilton will be back in his car for the second free practice session of the day. We won't be seeing a Sprint Race this weekend, so FP3 and Qualifying are all set for Saturday afternoon. The main event goes live on Sunday at 4 PM GMT+2.

We will report back with more information after each of the three days of racing. Meanwhile, you'll see a fast virtual lap of the track below. And there's also the slower version of us testing our F1-powered Ford RV a few days ago. 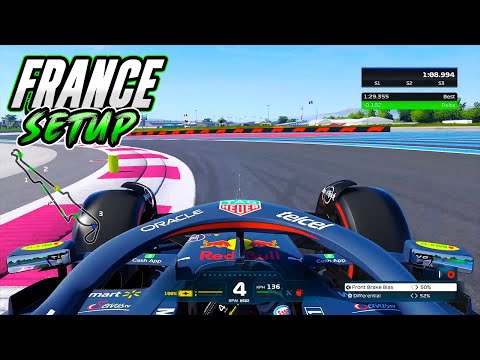