2 ABT Cupra Leon Goes Official With up to 365 HP, New Wheels and Stiffer Springs

Home > News > Concept Car
Aurel Niculescu
Just a few days ago, Seat’s Cupra unit was teasing the world about an official premiere. It was reserved for the very first edition of the 2021 IAA Mobility, taking place in Munich, Germany. Now it’s time to meet the urban EV study, albeit just virtually.
9 photos

There are still a few days before the public will see it in the metal, but Cupra couldn’t wait for others to get into the spotlight. So, here it goes, “Cupra’s most rebellious interpretation of an urban electric car.” It’s only logical since it has been dubbed as the Cupra UrbanRebel. Never mind the inspiration, because this will morph into the company’s urban all-electric car sometime in 2025.

Until then, we can ogle at will at the sight of this concept with solid racing inspiration. It’s like somebody gave them a couple of photos with the Toyota C-HR hybrid crossover and the WRC-inspired GR Yaris, and then asked the styling team to come up with a “rebellious” mix of them. Then, in the end, they all remembered it’s a Cupra and threw in some cues in the virtual melting pot.

Of course, beauty is always in the eye of the beholder, so don’t take my word for granted if the Cupra UrbanRebel positively speaks to the mind or heart (or, to both). The gist of the whole concept is that Cupra wanted to present us with “an idea of the future design language of the urban electric vehicle, which will be launched in 2025.”

“Just” four years in advance, Cupra is clearly showing its parent company Volkswagen the proper way to do such things, unlike their Project Trinity, which came out in March as a shadowy teaser of something that only comes in 2026. That would give enough time to the Wachowskis to come up with a fifth (or even a sixth) installment in the Matrix franchise...

Here we go again, taking off the beaten track. Back to the UrbanRebel, its global public introduction will take place during the pre-opening of the new Cupra City Garage in Munich during the 2021 IAA International Motor Show. There are very few technical details at this point about the production model, though we know the short version of the MEB platform will be on point under the mix of “astonishing design and amazing dynamics.” 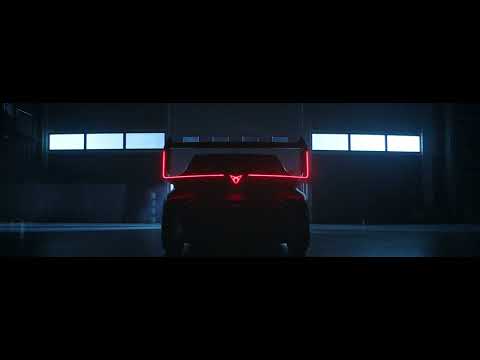