Cristian Gnaticov
It’s been around three years since Cupra became an independent brand, having split from SEAT, and during this time, they have constantly expanded the range with new sporty vehicles. Nearly all of them are basically rebadged SEATs, but not the Formentor, which is actually exclusive to the Cupra brand.
9 photos

Presented in the first quarter of 2020, the Cupra Formentor has been joined by the VZ5 spec a few months ago.

It sits at the top of the lineup, with Audi Sport’s meaty 2.5-liter turbo’d mill, and despite the official unveiling, it is still being fine-tuned by the Spanish brand, as the video shared down below, shot at the Nurburgring, proves.

The company’s 4Drive all-wheel drive system, hooked up to a 7-speed DSG transmission, is part of the build, together with 15 levels of damping adjustment, and beefier brakes.

The Taiga Grey exterior color is exclusive to the model, alongside the 20-inch wheels, but it can also be ordered in other paint finishes, contrasted by the signature copper accents.

Production of the 2021 Cupra Formentor VZ5 is limited to 7,000 units, and it will launch towards the end of the year. 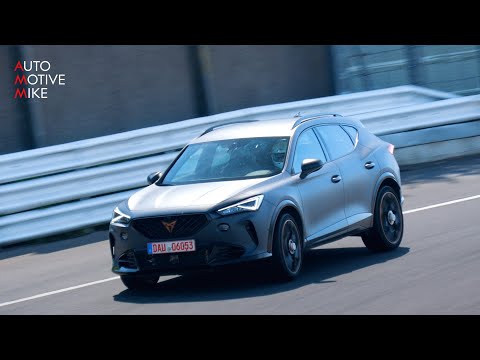