1 Seat Retains the Tacky Name for Its Production EV: Cupra el-Born Is... Born

Aurel Niculescu
The Spanish automaker’s high-performance motorsport division-turned independent brand has been expanding tremendously during a noticeably short period of time, but it still keeps an eye on actual competitions. And now it’s on the verge of debuting alongside Germany's ABT Sportsline in the newly proposed Extreme E electric SUVs off-road racing series.
13 photos

By the looks of it, the company wants to do it the right way. They didn’t simply throw out on the Internet a new press release stating their intentions to increase the ties with the renowned aftermarket and racing specialist.

Instead, they revealed their second international Cupra Garage, their involvement as the first OEM automotive brand in the Extreme E series, as well as a brand new concept specifically developed for the EV racing series that’s set to be driven by none other than three-time Race of Champions winner Mattias Ekström.

The little performance brand from Spain is not that small anymore – it counts on the classic incarnations from the SEAT sibling, such as the Ateca, Leon, and Leon Sportstourer. But it also has its own, distinctive, models – the Formentor crossover and the fully electric el-Born. Now they also have a third, unique, prototype that takes to extremes the main traits of the other two, becoming a hardcore electric off-road racer.

Cupra premiered its second “Cupra Garage” in Europe (Hamburg, Germany) after the inaugural location was set to Mexico City. It also announced the decision to join the Extreme E racing series as the primary partner for ABT Sportsline, offering a team of engineers and drivers.

The competition is hosting its inaugural season early next year and is looking ready to become an EV alternative to the famous Dakar – the organizers are touting all sorts of extreme and remote locations.

More importantly, the Garage and partnership announcements were not alone, because Cupra also unveiled Ekström’s ride for the first season as one of the ABT team drivers. None of the introductions were aleatory, with Germany being Cupra’s biggest sales market worldwide, and ABT Sportsline a valuable partner since 2018, when the two companies introduced the reworked 350-hp Leon Cupra and Cupra Ateca.

The Cupra Extreme E racer was not detailed just yet, but we do know it will need to survive in five global locations during the series – dubbed Arctic, Desert, Rainforest, Glacier and Ocean for now. 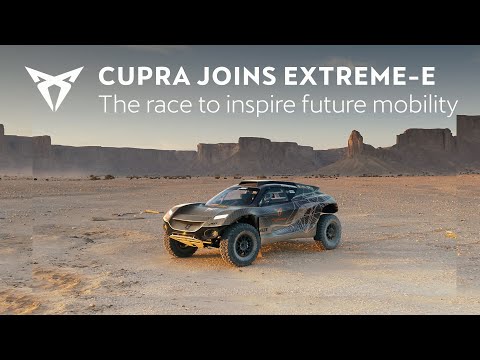