2 Stick Shift 1973 Plymouth Barracuda Relies on the Power of Three, Is Ready to Rumble

1985 Chevy K5 Blazer Shouldn't Feel Heat From '93 Bronco Eddie Bauer, But It Does

Just to show (yet again) to General Motors they are wrong for not wanting to be part of the Jeep Wrangler / reinvented sixth-generation Ford Bronco fight, here is a vintage Chevy K5 Blazer example feeling the heat in used-car dealership conditions. And there may be reasons to fear the (un)likely competition.
27 photos

Here is a beautiful (at least for those who love 1980s full-size truck-based SUVs) 1985 – thus a second-generation – Chevy K5 Blazer sitting white and chromed in the inventory of Grand Rapids, Michigan-based Garage Kept Motors. It resides there with classic K5 allure, a “pale blue velour upholstery on the front buckets and removable rear bench seat,” stock 15-inch silver-painted steel wheels, and a 5.0-liter V8 engine with Edelbrock AVS2 carburetor, plus a custom-installed full-length dual-exhaust system.

The blue-over-white dashboard, K5 Blazer emblems, brushed aluminum trim, or the roaring GM-engineered V8 should be more than enough to entice a classic SUV enthusiast to consider churning out the used and new-car dealership’s asking price. But here is the catch. It does not reside alone in their inventory and, a few slots later, we can also find a proper rival. Sure, some will say that you cannot compare a younger, fifth-generation 1993 Ford Bronco Eddie Bauer edition with the ’85 K5 Blazer.

Alas, we beg to differ, and if you will allow our two cents on the matter we shall gladly explain. First and foremost, these two have been ducking it out for decades in the hearts and minds of full-size SUV fans. Secondly, the older ’85 K5 Blazer has “just” 88,382 miles (142,237 km) on the odometer, whereas the younger opponent comes with a readout of no less than 185,099 miles (297,888 km), so that’s almost 100k miles of difference in the former’s favor. Yes, it's also no green over black and tan hero either, if that's a thing for you.

Last, but certainly not least, the good folks over at GKM have decided to make this a tough choice by having the same $27,900 asking price tucked inside both descriptions! 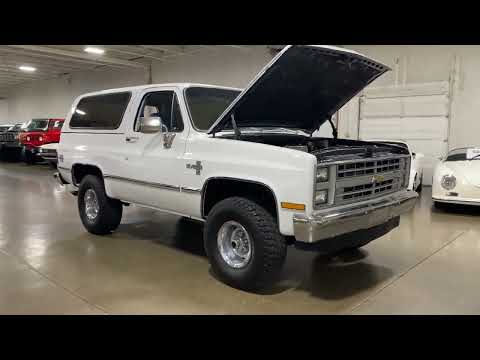 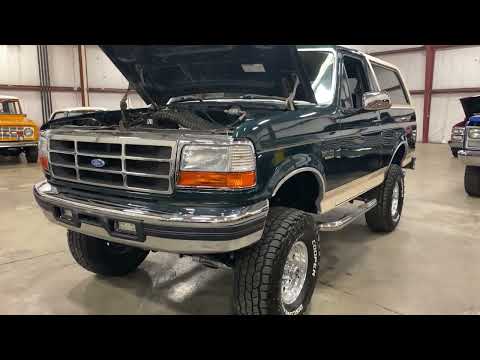