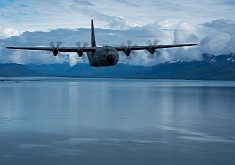 This Bug Makes Apple CarPlay Useless, And Way Too Many iPhones Are Affected

7 Feb 2020, 19:08 UTC / iPhone users are complaining that CarPlay keeps disconnecting at random times, and judging from complaints online, lots of devices are impacted

5 Feb 2020, 16:47 UTC / The latest-generation iPhone sometimes fails to launch Apple CarPlay when connected to a car, and according to reports, nothing but a ridiculous fix works

4 Feb 2020, 18:06 UTC / The latest iOS updates reportedly cause issues with CarPlay, with a growing number of users confirming a laggy UI that happens during a phone call

3 Feb 2020, 18:24 UTC / iPhone users keep complaining of issues experienced with the dark mode, especially after the update to the latest iOS versions

1 Feb 2020, 14:33 UTC / The latest Apple Maps update improves the navigation system that drivers can use with CarPlay thanks to the addition of traffic lights, stop signs

25 Jan 2020, 21:22 UTC / And yet, it still happens, with a growing number of reports claiming it’s all caused by a compatibility bug hitting Google Maps

24 Nov 2016, 16:02 UTC / Distracted driving is a plague to road safety, but nobody has a clear solution to stopping it from affecting our lives. The NHTSA has a few ideas

8 Jan 2016, 18:03 UTC / A recent report states that Apple forbid Volkswagen to showcase a wireless version of the Apple CarPlay technology. The reasons behind the ban are unspecified

21 Oct 2015, 15:04 UTC / Volvo Cars has announced a range of product updates, led by the continued rollout of the Drive-E powertrain family that started in 2013

7 Mar 2014, 14:23 UTC / There is a lot of commotion at the Geneva Motor Show 2014 right now when it comes to car fans who own iPhones, as Apple has recently-launched their iOS for cars a few days ago. Called Apple CarPl...

4 Mar 2014, 08:49 UTC / Back in January we were reporting that Apple's iOS for the Car will arrive later this year on certain Mercedes-Benz models, as a deal between the Stuttgart brand and Apple had been signed for q...