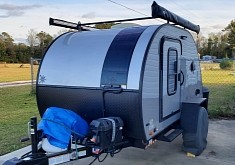 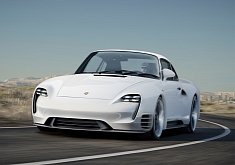 3 Jul 2017, 16:29 UTC · By: Andrei Tutu / Together with its Toyota Supra fixed-roof sibling, the BMW Z5, which you can see here lapping the Ring, should make its debut by the end of the current year

15 May 2017, 09:51 UTC · By: Sebastian Toma / BMW is working on a replacement of the Z4, which stopped being produced last year. It was believed to be named Z5, but a BMW official says the rumors are wrong

16 Mar 2017, 22:01 UTC · By: Andrei Tutu / The spyshots we have here could be the last showing the fifth incarnation of the Toyota Supra in its current, heavily camouflaged form

BMW Z5 Spied with Top Down For the First Time, Looks Downright Sexy

8 Feb 2017, 16:27 UTC · By: Mihnea Radu / The continued collaboration between BMW and Toyota is what makes these sports cars cool, not the handling the prototypes exhibit

2018 BMW Z5 Spied Drifting In The Snow, It's Tail-Happy And Sounds Great

27 Jan 2017, 12:15 UTC · By: Sebastian Toma / BMW engineers are testing the prototype of the next Z5, and they are enjoying themselves on a secluded compound. Our spy photographers caught them drifting

2018 BMW Z5 Prototype Spied in Production Trim, Roadster May Be Last Of Its Kind

24 Jan 2017, 14:16 UTC · By: Andrei Tutu / The 2018 BMW Z5 finally leaves behind its early test mule form, with the roadster now showing up in production trim, albeit still covered in heavy camo

23 Jan 2017, 13:32 UTC · By: Alex Oagana / We are less than a year away from BMW unveiling its first ever Z5 roadster, one of the two fruits of collaboration with Toyota

28 Nov 2016, 15:01 UTC · By: Alex Oagana / After teasing us on more than one occasion, the Supra prototypes have finally started losing some of the camouflage and introduce production lights

Watch BMW'S Z5 Roadster Tearing It Up on the Nurburgring. The M4 Makes a Cameo

26 Sep 2016, 10:00 UTC · By: Vlad Mitrache / The future Bavarian roadster is busy hitting the iconically painted Nurburgring track, and overtaking some Audis while it's at it

New Toyota Supra Sounds Awful in Nurburgring Spy Video, Could Be a Hybrid

21 Sep 2016, 17:27 UTC · By: Andrei Tutu / The Toyota Supra prototype you see here is still in the early stages of development, so there's no need to fret about the soundtrack

2018 Toyota Supra Spied Testing In Germany, Expect It In Showrooms Next Year

20 Sep 2016, 08:27 UTC · By: Sebastian Toma / The prototype of the upcoming Toyota Supra has been spotted again by our spy photographers, but this time it was seen in Germany. It is still covered in camo

7 Sep 2016, 14:32 UTC · By: Andrei Tutu / The sportscar currently being developed by BMW and Toyota should bow as a roadster with a BMW badge and in coupe form for Toyota showrooms

24 Jul 2016, 08:00 UTC · By: Sebastian Toma / Company insiders claim Toyota is developing an all-new twin-turbo V6 engine for the upcoming Supra. It is supposed to have over 400 HP

7 Jul 2016, 13:41 UTC · By: Sebastian Toma / BMW engineers are working on the Z4's successor, a roadster expected to be called Z5. The car is developed with Toyota, and will be launched next year

Toyota Has Trademarked The Supra Name In Europe, Comeback Expected

6 Jun 2016, 09:27 UTC · By: Sebastian Toma / Toyota has filed for a European trademark of the Supra name. The request comes two years after the company registered the name in the USA