1 Meet LEO Coupe: an Electric Flying Hypercar that Belongs in a Sci-Fi Movie

3 Flying Cars Are Coming, but They Will Be Terribly Expensive

Humanity’s dreams of individual flight as a personal means of transportation are one step closer to reality. Come the first quarter of 2022, and supercar owners will be able to get a new toy, delivering new thrills – airborne, this time.

That new toy is a so-called flying motorcycle, or hoverbike: the Xturismo from A.L.I. Technologies in Japan. The company has been working on it for the past four years, with backing from heavyweights like Mitsubishi Electric and Kyocera. A.L.I. Technologies specialize in drones, so building one that would be able to carry a person and be adapted for personal mobility felt like organic development.

The Xturismo Limited Edition is the first model from the company, one that will be designed specifically for well-heeled customers looking for extra thrills at the race track. It’s a hoverbike, and it was officially introduced as a viable product on October 26, during a flight demonstration that took place at an empty race track in the foothills of Mount Fuji, the Fuji Speedway Racing Course.

Potential investors and media representatives were on hand to watch the hoverbike lift off and glide around for one glorious minute and a half. You can see a video of the demo at the bottom of the page.

The event itself was nothing spectacular but important nonetheless, in that it heralded the new era of personal mobility, according to A.L.I. Technologies. Sure enough, you might think that the rider (pilot?) of this flying motorcycle looks as if he’s about to poop his pants in fear (*a very unprofessional reading of his body language), but Xturismo is important for what it could achieve farther down the line, in the foreseeable future.

In other words, the makers of this hoverbike want you to look past the one-and-a-half-minute flight demo to appreciate its future potential.

First things first, though: the Xturismo is a hoverbike, one that has an entry price point of $680,000. A.L.I. Technologies says deliveries should start in the first quarter of 2022 and that the 200 customers of the limited-edition Limited Edition will be rich people, most likely the supercar owners of today. Since Xturismo is not street legal, and will not be for the immediate future because Japan (or any other country, for that matter) has not yet regulated personal flight vehicles, use will be limited to private property and race tracks.

Xturismo is a hybrid, drawing power from a conventional engine and four electric motors. In very simple terms, it’s a motorcycle on top of a drone platform, so a VTOL (vertical take-off and landing aircraft). It has two primary propellers where the wheels would be, and four secondary propellers at each corner, acting as stabilizers. Flight time is estimated at 30 to 40 minutes at the maximum speed of 60 mph (100 kph).

The idea is that, with the first 200 units sold and delivered, the company will be able to deliver a more affordably priced version. This one could have applications in real-life scenarios, like in emergency situations, offering quick access to locations otherwise unreachable. The ultimate goal is, of course, to have even regular Joes and Janes fly this on the daily, once regulation in this sense is passed.

By the time this happens, A.L.I. Technologies will have also addressed the issue of noise pollution. For this flight demo, participants were offered earplugs because the Xturismo is incredibly loud. 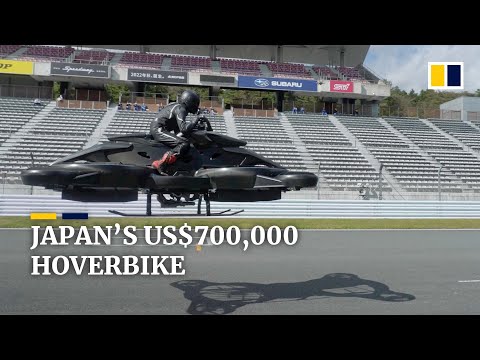 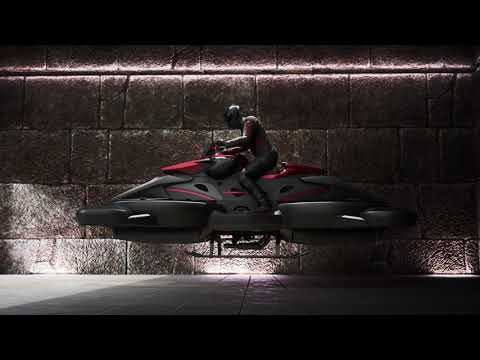