1 Three-Row Toyota Grand Highlander Hybrid MAX SUV Gets Revealed, Albeit Only in CGI

Fast and Nervous Toyota Celica Was Designed by an AI, Could Work

Home > News > Renderings
Aurel Niculescu
It is quite safe to say that Toyota is on a big roll this fall-winter season. Especially in Europe, where it just landed a bunch of cool novelties.
20 photos

Those include the freshly revealed Prologue Concept, which shows a glimpse of the next-generation C-HR subcompact crossover, or the bZ Compact SUV Concept which highlights Toyota’s commitment to more ‘beyond zero’ models coming soon. Also, the Japanese automaker is not giving up hope on hydrogen-powered applications if we are to believe the cool new Corolla Cross Hydrogen Concept.

The latter is an intriguing prototype that makes use of the GR Corolla engine hooked to hydrogen power and Mirai’s fuel cell technology to present an alternative path towards the zero-emissions goal. And they are certainly not abandoning the classic hybrid platform after they just introduced the all-new, fifth-generation Prius, aka the ‘Hybrid Reborn.’

Well, the latter has become quite a darling for various digital automotive artists, frankly. One of them is also the pixel master better known as Theottle on social media, who has again decided to CGI-rework the HEV and PHEV models into something cooler than the OEM’s proposal. So, after making it a feisty ‘GR Prius,’ a family-loving ‘Prius Touring,’ or even bringing back the Celica with its help and a bit of GR86 two-door DNA, now it is time to see it as a logical ‘Prius Cross.’

Remember, Toyota already has a Yaris Cross and Corolla Cross, so why not a ‘Prius Cross’ as well? Especially if it uses the backbones of the Lexus NX compact premium crossover SUV, just like the CGI expert did in his latest behind-the-scenes making-of video (embedded below). Besides, is it just me, or does the Toyota Prius ‘Hybrid Reborn’ look better when taking a leap of faith as a CUV dressed up in blue, instead of just playing it safe and remaining a traditional liftback? 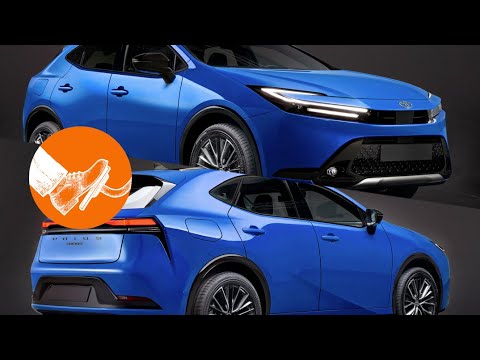