Of course, the new DLC won’t come for free, so the owners of the base game will have to come up with $12.5 to be able to fly the new fighter jets. ACE COMBAT 7: Skies Unknown’s Cutting-Edge Aircraft DLC is now available for download for the PlayStation 4, Xbox One, and PC (via Steam).

As far as the new playable aircraft goes, there are no surprises since Bandai Namco revealed their names last month: F/A-18F Super Hornet Block III (The Boeing Company), F-2A -Super Kai- (Lockheed Martin Corporation), and MiG-35D Super Fulcrum (Joint-Stock Company Russian Aircraft Corporation MiG). Expect special skins and weapons for each aircraft to be included in the DLC too.

Furthermore, 13 new ACE COMBAT skins for rival and main character units from previous games will be available to those who purchase the DLC:

Keep in mind that skins and emblems included in this specific DLC are not sold separately. Also, if you purchase at least one of the three aircraft included in the Cutting-edge Aircraft Series DLC, you will not be able to purchase the set product later. 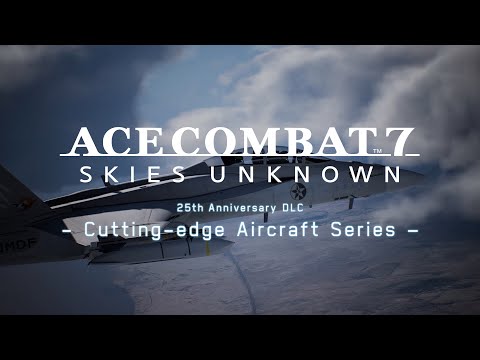