Cosmin Vasile
While Microsoft’s Flight Simulator is the epitome of flight simulation, those who prefer a bit more action may lean towards a different type of game that offers a little bit of both: Ace Combat.
6 photos

This year, the Ace Combat franchise celebrates its 25th anniversary, an impressive achievement for a rather niche series. As the team behind Ace Combat 7: Skies Unknown continues the celebrations, they have decided to bring fans of the series new content to thank them for their support.

The new DLC called Cutting-Edge Aircraft Series will drop sometime this fall and contains three new fighter jets and several skins and emblems of rival and protagonist units from previous games and series.

The three fighter jets that will join Ace Combat 7: Skies Unknown in just a few months are the F/A-18F Super Hornet Block III (The Boeing Company), the F-2A Super Kai (Lockheed Martin Corporation), and the MiG-35D Super Fulcrum (Joint-Stick Company Russian Aircraft Corporation “MiG”). The teaser trailer also reveals the name and looks of some of the skins the DLC will add to the game, so be sure to watch it.

No price or release date has been announced for the Cutting-Edge Aircraft Series yet, but publisher Bandai Namco confirmed the DLC will be launch on all supported platforms, including PC (via Steam), PlayStation 4, and Xbox One.

Each DLC added a different set of aircrafts, as well as special skins and special weapons for each aircraft added. It’s hard to say if Cutting-Edge Aircraft Series will be the last DLC for Ace Combat 7: Skies Unknown, but we won’t be surprised if it would since the team is already working on another major installment in the series, which will be properly revealed early next year. 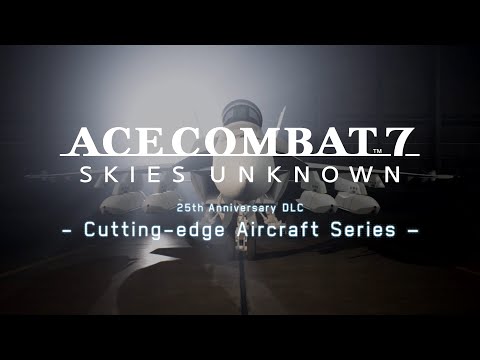