5 Thrustmaster Ferrari SF1000 Formula Wheel Gets Final Teaser Ahead of Launch
Car video reviews:
Up Next

Home > News > Videogames
11 Nov 2021, 14:26 UTC ·
by Cosmin Vasile
Officially unveiled back in September during Flight Sim Expo 2021, Thrustmaster’s TCA Yoke Boeing Edition for Microsoft Flight Simulator is now available for preorder. Before you get too excited though, it’s worth noting that you’ll have to wait until the end of the year or Q1 2022 to get your hands on one.
6 photos

As the name suggests, the controller is fully licensed by Boeing, but also by Xbox since this will only work with PC and Xbox games. Inspired by the Boeing 787, which is already available to fly in Microsoft Flight Simulator, the new flight controller promises to revolutionize the way the flight sim hardware works.

The TCA Yoke Boeing Edition aims to replicate the pendular kinematic movements associated with authentic Boeing flight controls, and these specific models have been validated by real-life pilots, Thrustmaster claims.

Suggested retail prices
Preorder dates
Commercial availability dates
Keep in mind that the Thrustmaster Pack Boeing Edition includes both the Pendular Yoke and the Throttle Quadrant System, but they can also be purchased individually for a slightly higher price.

Of course, all three Boeing-licensed products for Xbox and PC will work with other flight sim games, not just Microsoft Flight Simulator. 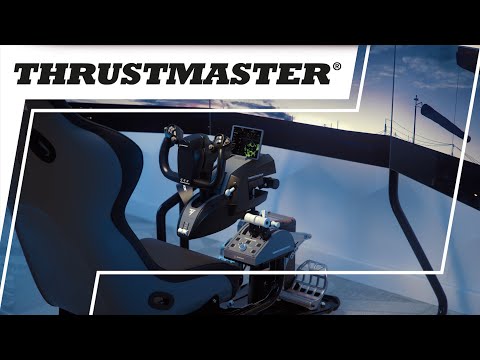