Sometimes, a few slight touches are all a car needs to stand in a crowd. And with the Lamborghini Urus already being a very special vehicle, the upgrades Novitec bring to the table further increase the desirability of this super SUV.
8 photos

If you've been watching the Mandalorian series from Star Wars, you might have noticed the new addition of villainy represented by the Dark Troopers. Just by looking at the widebody Urus Esteso developed by Novitec, we get a very similar vibe.

Starting the car up only adds to that impressions, as the daunting roar of that turbocharged V8 under the hood makes you aware of the fact that this car is no longer stock. Novitec has been building and delivering quite a few of these cars recently. With 782 horsepower on tap, we definitely want one too.

Torque figures are even more impressive, as this SSUV will reach its maximum torque of 761 lb-ft (1,032 Nm) as early as 2,900 rpm, providing a stomach churning experience for anyone willing to experience a wide open throttle test of this beast.

Luckily enough for future owners, the terrifying growls can be silenced by pushing a button which closes the valves, enabling a safe passage through any quiet neighbourhood. The exhaust note is not quite what you'd expect from a Lamborghini, but more from a muscle car, which only makes sense considering the number of cylinders under the hood.

Novitec claims that with the upgrades they've made, the souped-up SUV can now accelerate to 62 mph (100 kph) in just 3.3 seconds, some 0.3 seconds faster than the stock version. The top speed has also been increased to 192 mph (310 kph).

Now, we're sure that tuners haven't managed to max out the potential of the V8 engine under the hood. Actually, we won't be surprised if next year we'll start seeing Urus builds running with four-figure outputs, as insane as that may be for an SUV weighing almost 5,000 lbs (2,267 kg). 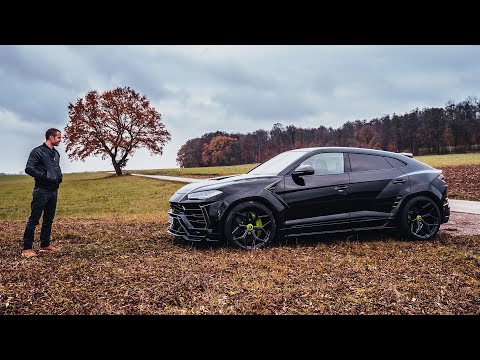