3 Meet Tiffany, the Tiny House That Lives in Tropical Paradise on Its Own Tiny Island

5 Classic Toyota Chinook RV Sells For Same as a Year's Rent in Dingy Studio Apartment
Car video reviews:
Up Next

Glamping might be a relatively new concept for many of the people now practicing it regularly, but unsurprisingly, the desire to travel extensively by motorized vehicle isn’t new. In fact, it started with the first mass-produced car, the iconic Ford Model T.

The 1913 Earl Travel Trailer, the Oldest Trailer in the World, Is Still Around and Awesome

With the international health crisis still in full swing as of the time of press, more car owners were forced to turn to alternative vacation solutions. Traveling by car or RV soon became a good replacement for the traditional hotel stay, while the journey itself replaced international flights. The crisis has had, and will continue to have, devastating effects in all aspects of our life, but one thing that’s done right is help man rediscover the joys of travel again – and trade businesses keep afloat by releasing new models to meet this surge in demand.

For today’s unofficial history lesson, here is what is considered the world’s first travel trailer that is not a tent. A proper recreational vehicle, it is known as the 1913 Earl Travel Trailer, and it is still around: it’s been in the Recreational Vehicle / Motor Home (RV/MH) Hall of Fame Museum in Elkhart, Indiana for years, and it will remain there for the foreseeable future.

The name of the trailer is derived from its owner, a certain Earl, a professor at Cal Tech University in California. The trailer was built for him on commission by a Los Angeles carriage maker, which should hardly come as a surprise considering it’s very much a steel-frame wooden box on wheels. But it was well-executed and well-appointed, especially by those times’ standards. Remember, this was 1913.

The Earl Trailer has a steel-clad lower half, while the upper half is oil cloth. The windows were probably made of copper screens and did not survive the passing of time. The trailer, which is permanently on display at the RV/MH Museum, was restored in the 1980s, and has period-correct copper screening windows now, with storm shields made of canvas.

The interior is hardwood throughout, from the floor to the ceiling, and offers sleeping and eating for two people. The professor used it as his mobile home on his field trips, so it had to have the basics for everyday living, excluding a restroom – again, this was 1913, so the omission is understandable.

Inside, there is a dining table that folds out to the ceiling and a double bench. Each bench folds out and becomes a single bed so that, once the table is removed, the living becomes a bedroom for two. On one side next to the entry is a pantry, while the other holds a small wooden wardrobe.

The towing vehicle was a same-year-model Ford Model T and it, too, is at the museum and has been restored. It’s a 2-seater convertible restored to its original blue color paint; Al Hasselbart, museum curator, explains in the History on Wheels video below that this was the final year that Ford offered three color options before limiting them to just black. The two vehicles are connected by a handmade hitch made by a local blacksmith.

The 1913 Earl Trailer and Ford Model T were both donated to the museum by Wade Thompson of Thor Industries. That would be the same Thompson who revived the Airstream brand, a man who knew the rig’s true worth and, implicitly, understood why it had to be put into a museum for others to see.

If you’re ever in Elkhart, Indiana, do drop by to check it out in person. This isn’t just a very important piece of automotive history, but quite a neat and well-built trailer, even by today’s standards.

Or, you could always buy yourself a replica and fully live the vintage lifestyle, if you’re up for the challenge. Over the years, several replicas of the iconic Earl Trailer have made the headlines, like the 2007 model included in the gallery above. It popped up for sale in Oregon City, Oregon with a $12,000 asking price and seemed to replicate the original down to a T, with the exception that a kitchen and other road-suitable amenities had been added, like a deep-cycle 12V boat battery, an American Coleman water cooler, a propane two-burner stove, and cabinetry. Before listing it for sale, the builder towed it with a Ford Model A. 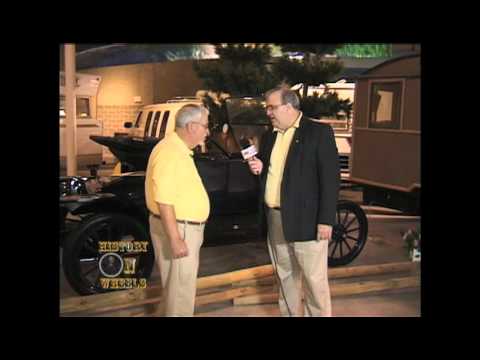 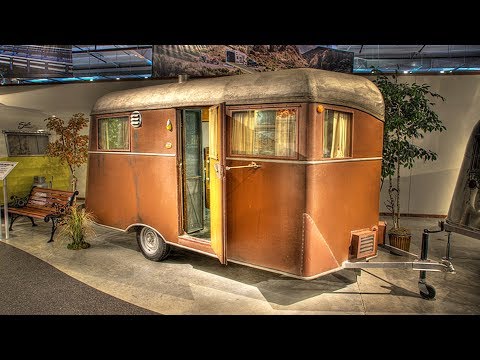