1 German-Made Maniac and Sane Raise the Bar in Cargo Bike Design, Are Ultralight but Solid

4 Tern's New Cargo Wheeler Is Dubbed the Multitool of E-Bikes, Is Sturdy and Ready to Haul

5 Fiido's New Cargo E-Bike Is Sturdy, Fast, and Equipped to Go the Distance. On or Off-Road
Car video reviews:
Up Next

Tern Unveils the NBD, Its Most Inclusive E-Bike Yet, Has an Ultra-Low Step-Through Design

Getting on and off a bike is not the most pleasant thing to do if you are a short rider, but it can become a whole lot easier with Tern’s new NBD wheeler. It’s the manufacturer’s latest model, described as an easy-to-ride, ultra-low-step electric bicycle suitable for all your urban commuting needs.
12 photos

Tern keeps itself busy these days, constantly rolling out new models. Back in March, it launched its so-called “multitool of e-bikes”, namely the Quick Haul cargo e-bike. That one also has a low step-through frame and offers a cargo capacity of up to 150 kg (330 lb). It is available in two versions, the D8 and the P9, with the latter featuring a different motor, capable of delivering higher torque.

Tern’s new addition to the lineup is the NBD, which is short for New Bike Day. It’s a compact e-bike, that, according to the company, is also its most accessible bike yet, in terms of riding. Designed to allow you to easily hop on it and go, the NBD is a breeze to maneuver, giving you maximum control, thanks to its low center of gravity. Combine this with its ultra-low stepover height and you’ve got one comfortable vehicle, for both your solo rides or the ones with your kiddo on board.

Both NBD e-bikes are equipped with 20” tires and come with a maximum gross weight of 140 kg (308 lb). Front and rear cargo racks are available for both models. 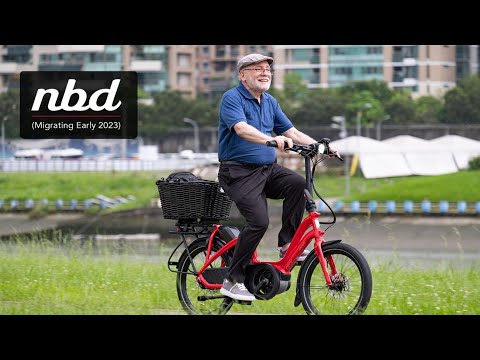