3 Renault Gets Permission to Call Their Car Zoe 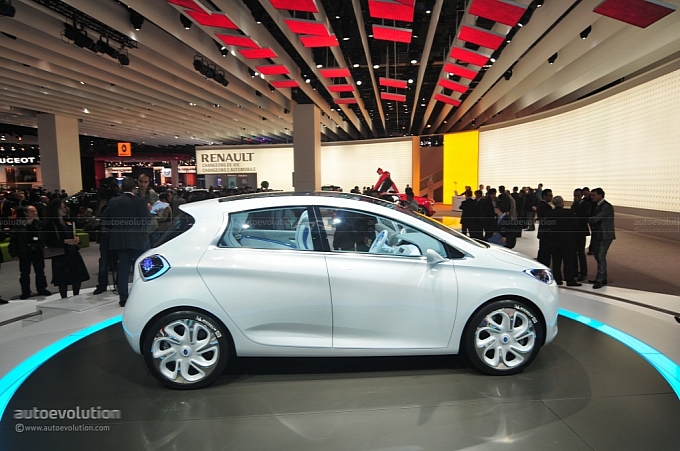 Following the concept’s debut in Frankfurt two years back, French manufacturer Renault has previewed the Zoe electric car in Paris last year, a vehicle that was set to hit the streets sometime in 2012. In order to be able to do so and have it reach dealerships in time, Renault has already started updating its Flins, France, assembly plant.

Specifically, the specialists from Renault’s Technocenter in Guyancourt, France, installed about 150 new robots, some of them are already running and producing the only car that is currently built in Flins: the third generation of the Clio. However, the rest are idle until the Zoe enters production.

But in order to be able to install the new robots, Renault first had to modify part of the factory’s floor plans. In fact, LeftLaneNews says that 170 different work zones were set up under its roof.

So far, we only know about 80 or 90 percent of how the Zoe EV will look like when it will hit the market, so we could say there is still plenty of room for surprise. However, a production version of the car is likely to be showcased by Renault at the upcoming auto show in Geneva next March or maybe even at the one in Paris later in 2012.

Meanwhile, as we patiently await for the Zoe, Renault will give us the Kangoo Z.E. and the Fluence Z.E. later this fall.