3 35 Years Ago, This Is How GM Envisioned a Mid-Engine, 600-HP Chevrolet Corvette

5 This Jet Powered Corvette Funny Car Could Be Yours for Less Than a New C8
Car video reviews:
Coverstory

Known as the Wankel engine, after its German inventor Felix Wankel, the rotary is a pistonless powerplant that has gained a cult following among car fanatics thanks to Mazda and its successful versions.

Although this design was perfected by the Japanese carmaker who managed to win Le Mans using one, it was also experimented with in the U.S. The most notable example is GM’s 1970s endeavor to create a production-worthy rotary, a project that fused with another bold idea, that of a mid-engine Corvette.

The concept of developing a 'Vette with a mid-mounted powerplant was nothing new. It had been researched constantly since the late 1950s by a team of dedicated engineers lead by the legendary Zora Arkus-Duntov. However, all of the resulting prototypes used a V8, and any other type of engine was deemed unworthy.

This was the case with the Experimental Project 882 (XP-882), a concept car that was created during the late 1960s around a transversally mounted eight-cylinder. Two of them were built in 1969, but neither got to be thoroughly developed because John DeLorean, Chevrolet's general manager at the time, decided to cancel the project, believing it was too costly and ultimately impractical.

DeLorean would change his mind a few months later, as word got out that Ford was planning to sell the DeTomaso Pantera in the U.S. through its Lincoln-Mercury dealerships. The boss called Duntov to his office told him to resume work on the project immediately and have a concept car ready for the 1970 New York Auto Show.

The engineer delivered, the car got a positive reception from the public, so DeLorean kept funds flowing for further development. Later that year, GM president Ed Cole greenlighted a $50 million deal to obtain the necessary licenses for the development of the first mass-produced American Wankel and announced that the revolutionary engine will be available for the 1974 model year Chevy Vega.

Because the Vega was a mundane subcompact, DeLorean knew he needed a better car to promote the Wankel and get the V8-loving public to buy in. There was no better car on Chevy’s resume than the iconic Corvette so, in 1972 Duntov, was instructed to abandon his beloved V8s and build a rotary-powered Corvette prototype.

The engineer was familiar with this engine and believed that the basic design was inefficient. He was also appalled by the thought of fitting a unit destined for the plebian Vega into the company’s flagship sports car. But, since he was nearing retirement, he accepted the challenge on the condition that it would be mounted in the middle of the chassis.

The task of developing the powertrain was handed down to Gib Hufstader, the engine wizard on Duntov’s team, who managed to complete it in about two months. He took not one but two dual-rotor engines and fitted them on each side of a shaft that was connected to the transmission. Combined, the two rotaries displaced 6.4 liters and could produce around 350 hp.

In the meantime, Hank Haga and Jerry Palmer were assigned by GM vice president of design Bill Mitchell to create the bodywork for the car. The final design was the result of a gargantuan effort from the two stylists and their team. It abandoned the Kammback style that was overused during the era for a streamlined structure inspired by the record-breaking Silver Arrows that Mercedes-Benz produced in the 1930s. With an all-aluminum construction, it featured a dramatic v-shaped windshield with a 72-degree slope, subtle, yet bulging wheel arches, gullwing two-piece doors, and a drag coefficient of 0.325. It was not only aerodynamically efficient but also extremely gorgeous, managing to captivate GM’s top brass, who were more than excited with the futuristic Corvette.

The cabin drawn up by the experts at Chevrolet Interiors was just as exciting. It boasted a premium air conditioning system, a digital instrument display that moved along with the adjustable three-spoke steering wheel, and a pair of ultra-comfortable, low-slung plush leather seats.

According to GM lore, before the bodywork was completed, Duntov and Ed Cole took the fully functional chassis to the Michigan Tech Center for tests. They managed to hit 148 mph (238 kph), and the car could still accelerate, but they had to slow down with the track running out. Although it proved to be a beast at high speed, the engine was reportedly a nightmare at low RPMs, but with further development, Duntov expected it to become smooth-running and reliable.

During that time, another prototype with a two-rotor setup called XP-897 GT was also constructed, albeit with a different body. Both cars made their public debut at the 1973 Paris Auto Show and went on to take the stage at several important events that year.

Unfortunately, by 1974 it was clear to everyone that GM’s Wankel engine would never make it into production, as it struggled with poor fuel economy during a period when the country was going through a major fuel crisis.

With Cole now retired and his successor Pete Estes showing little interest in the program, further development of the rotary-powered Corvettes was halted.

The Four Rotor prototype was renamed Aerovette, it received an old-fashioned 400-ci (6.6-liter) V8, and was approved for mass production in 1980. However, the design team’s attempts to make the body roadworthy greatly diminished the beauty of the original concept. Moreover, the project fell behind schedule, was way over budget and without the backing of important figures like Duntov, Mitchell, and Cole who were all retired, management decided to cancel it.

Other mid-engine attempts followed, such as the Indy or CERV III, but none made it out of the concept stage. However, things finally changed in 2019 when the C8 was introduced, and a year later, Duntov's dream of a mass-produced mid-engine Corvette finally became a reality.

Despite its unfortunate fate, the 1973 Four Rotor concept was a captivating car that was born in the wrong era.One can't help but wonder what a thoroughly developed version would have looked like and how it would have performed if it had been built ten or twenty years later.

We recommend viewing this awesome GM video presentation from 1973 posted on YouTube by King Rose Archives. 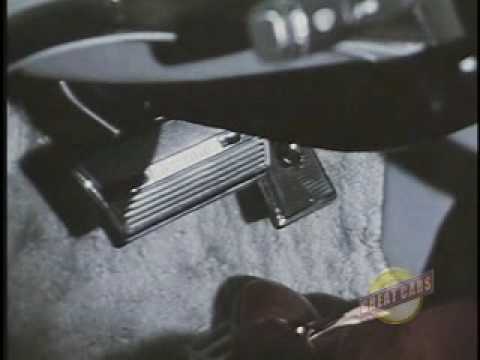