Prince William’s Personal Car, a 2013 Range Rover Vogue SE, Could Be Yours Now

Elena Gorgan
It’s not that often you get to say you’re riding like a literal prince, let alone a future king. Come May, you just might.
18 photos

One of Prince William’s personal vehicles, a 2013 Range Rover Vogue SE, is coming up for auction at Bonhams, presenting an interesting proposition for royalists for various reasons. The most important for any collector is that the vehicle is presented in excellent condition (Bonhams rates it 100/100).

It has very few miles on the clock but enough to confirm that it was actually used by the Royal couple, the Duke and Duchess of Cambridge, Prince William and Kate. At the same time, it still has its old registration plate, which is hardly common with Royal vehicles. This and the badge inside confirm its ties with the Royal family.

Scheduled to go under the hammer at the Bonhams MPH May auction, the vehicle was delivered to the Duke and Duchess by Land Rover’s VIP Department in 2013. The next year, the couple was photographed using it during a visit to Perthshire, Scotland, on a tour of the country.

The L405 Range Rover Vogue SE is powered by a 4.4-liter V8 diesel engine that produces 340 PS (335 hp). Being a vehicle destined for personal use by members of the Royal family, it comes with all the bells and whistles available. Those include auto high beam assist, advanced park assist, heated seats, panoramic glass roof, Meridian sound system, remote park heat, and a fridge for the drinks (*not tea). 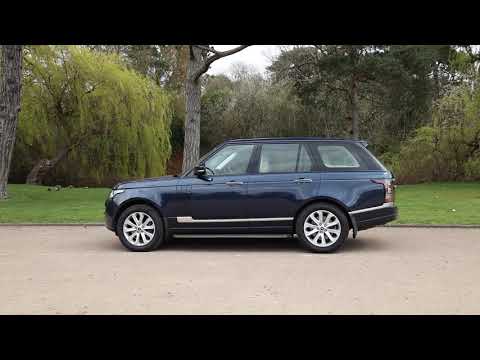