The bigger brother of the Land Rover Range Rover featured a long wheelbase for enhanced comfort for the rear passengers.

Just like the S-Class, which was always available with a standard and a long wheelbase, the 2021 Range Rover spoiled its customers with an option for more legroom for the rear passengers. While it kept most features from its SWB sibling, there were a few more unique ones for this super-luxurious SUV.

Thanks to the MLA-flex platform, which allowed more options and amenities, Land Rover created this LWB version of the Range Rover, especially for those who need to spend more time on the roads. And, while on the road, they need to relax or work in this mobile office on wheels. The carmaker offered an option for a four-seat layout and enhanced amenities for the rear passengers, such as a rear screen entertainment system. It featured an 11.4” HD screen with an HDMI socket. Thanks to the onboard wireless system, it could also stream movies and other online content.

To ease the ingress and egress from the luxurious SUV, Land Rover installed a standard air suspension for the car. Moreover, it added power-assisted doors, which helped the passengers open and close them on slopes up to ten degrees.

For the technical side, the Range Rover LWB featured a standard all-wheel steering system. Also, like all its predecessors, the all-wheel drive was standard. Moreover, Land Rover installed a standard electronically-controlled rear locking differential. At the time of its launch in October 2021, the luxobarge SUV featured a twin-turbo 4.4-liter V8 built by BMW. Thus, the carmaker parted away from its traditional 5.0-liter V8. In terms of efficiency and preparing for future enhancements, Land Rover announced a plug-in hybrid version, with elements carried over from its stablemates. 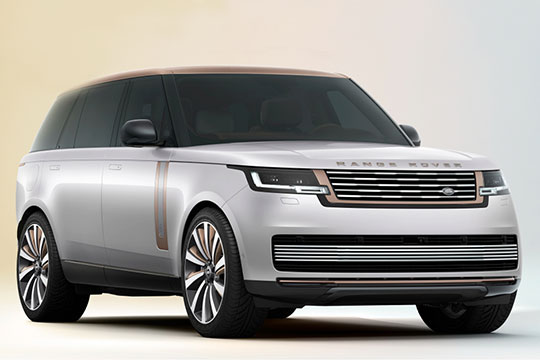 1 Range Rover Gets Stolen, Owner Buys a Second One, Stolen as Well - Thank God for AirTags