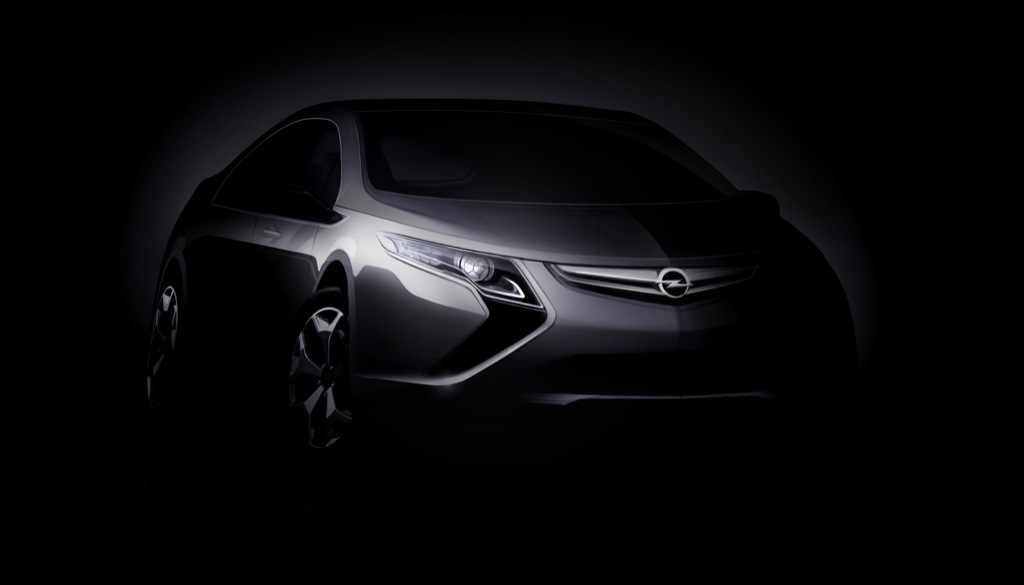 General Motors today announced that Opel Ampera, its so-called “revolutionary” extended-range electric car, will be displayed at the upcoming Geneva Motor Show that opens its doors on March 5. Even though it is called an electric car, the Ampera will be more likely a plug-in hybrid as it incorporates both a fully-electric engine and a small-displacement internal combustion engine used for battery recharging while in motion. This means the new Opel model will be partially similar to Chevrolet Volt expected to arrive in the market in 2010.

And speaking of Volt – Ampera similarities, despite the fact that Opel did not provide too many details or photos with its upcoming plug-in hybrid, Ampera follows almost the same design line as its Chevrolet sibling. More importantly, Ampera is likely to be the European flavor of Chevrolet Volt so all these resemblances pretty much make sense.

Just like many other hybrids currently available in the market, Ampera will be able to run for up to 60km in full-electric mode, while the internal combustion engine recharges the lithium-ion battery pack for longer distances. The battery can be restored using a standard 230v outlet.

General Motors says the Ampera will incorporate the Voltec technology, an electric propulsion system, that is said to provide extended ranges during electric driving.

“The Ampera will be well-suited to the daily driving schedule of most European customers,” Opel said in a company release, pointing that 80 percent of German drivers travel less than 50 km daily.