Known as the L200 in Europe, the Mitsubishi Triton isn’t available in the United States of America. Redesigned in 2014 for the 2015 model year, the mid-size truck definitely needs an update in order to fend off the competition, especially the brand-new Ford Ranger that’s coming to North America most likely next summer for the 2024 model year.
6 photos

The all-new Triton has been caught on camera in Colorado. “The first pickup almost looked like a Frontier, the new one, from the rear three quarter,” said Andre Smirnov of The Fast Lane. “Then we pulled up closer to it, and it stopped looking like a Nissan.” So far so good, but then Andre Smirnov remembers that Mitsubishi and Chrysler used to be good buddies.

Remember the Dodge Ram 50 and Plymouth Arrow captive imports? How about the Ram 1200 for the Middle East? “Could it also be the future of the Dakota mid-size pickup truck? I have no idea, this is my speculation,” said The Fast Lane’s managing editor, forgetting to mention what kind of rear suspension designs are used in the Ram 1500 and Jeep Gladiator.

Obviously different from the Wrangler, the Gladiator’s rear end is rocking a five-link setup. Ram’s multi-link design served as inspiration for the Gladiator, but the Gladiator isn’t available with four-corner air suspension.

Mitsubishi, by comparison, uses leaf springs. The prototypes in the featured clip also feature leaf springs, and guess what? The Nissan Frontier for the U.S. market is rocking leaf springs as well. Given these circumstances, we’re definitely not getting a Dakota with Mitsubishi underpinnings. Chrysler still is hush-hush on the Dakota’s revival, but still, it would be financially viable for the American automaker to use the Gladiator instead of the Triton.

Expected to launch in early 2023, Mitsubishi’s truck won’t get a V6 option. “Internal combustion engines are becoming increasingly harder to engineer because the emissions regulations are getting tighter and tighter,” said Owen Thomson, senior manager of product strategy at Mitsubishi Australia. 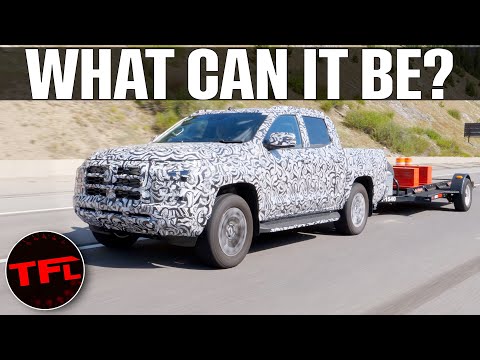