1 Simon Cowell Broke His Back, Learned the Difference Between e-Bike and Electric Motorcycle

2 Himiway's New e-Bikes Are Inspired by the Animal Kingdom, Offer Ranges of Up to 80 Miles

4 MiniZag Ultra Is a Great City e-Bike, Has a Clever, Patent-Protected Folding Mechanism

It’s not just humans that feel stress. Recent studies have indicated that pets – dogs, in particular – feel it too whenever their human leaves for work or is gone for extended periods of time. This moped would make things a bit better.

Mopet Is the Cutest, Very Convenient Moped for the City Commuter and a Furry Friend

Only a pet owner can fully appreciate the heartbreak that comes with realizing that you have to leave your furry friend at home for the entire day because you don’t have the means to take it with you, even though you would be allowed to. Like, say your boss understands enough to allow you to bring your tiny pooch to the office with you, but you can’t because you usually ride an e-bike to work. Or you’re heading out to the park with friends and can’t bring the dog with you for the same reason.

You could, of course, get e-bike accessories for the pet. With the boom in the two-wheeler market, sparked by the onset of the ongoing international health crisis in 2020, came an increase in the number of accessory options. The more e-bike models makers put out, the wider the range of accessories for them.

Today, if you want, you can outfit your e-bike whichever way you want, turning it into anything from a cargo hauler to the daily school-drop-off ride and a pet carrier.

If the Mopet is any indication, we could be heading into a new direction with mopeds: e-bikes destined exclusively for carrying pets. The Mopet is a new moped (an e-bike, the startup describes it as) from Japan, which just secured funding for a limited production run in the country, RideApart reports. While there are zero chances of seeing a Mopet on the streets of the U.S. or Europe, it could point to a new trend in electric two-wheelers.

We’ll say this: if this is the future, it’s incredibly cute. The Mopet, which essentially stands for “moped for pets,” is a small-size two-wheeler that comes with an integrated pet carrying box. Based on the only video of the product released as the crowdfunding campaign kicked off, it’s perfect for a small or medium-sized pet that’s already accustomed to traveling places – or, at the very least, easily adaptable.

The box is located right under the rider, between their legs, and comes with a door secured by a latch and enough floorspace to allow the animal to lie down. Its exact measures are 45 cm (17.7 inches) in length, 33 cm (13 inches) in height, and 21 cm (8.2 inches) in width. It’s a rather cramped space, but it would probably not be too uncomfortable on the daily commute or city rides, on the condition that they’re not particularly long.

Features on the Mopet include suspension for a smooth ride, front and rear lights, as well as turning lights, a horn, mirror, and license plate carrier, which makes it legal for road use in Japan. As you can see from the video and the photos, this is not some overly complicated machine but a simple moped designed for a single functionality. Nonetheless, it looks qualitative, and it also manages to earn extra cute points through the inclusion of a light pink color option. Just because you’re carrying your pet doesn’t mean you have to forget about being stylish on the road.

Speaking of being on the road, the Mopet delivers a surprising punch in terms of performance, if only compared to EU-destined e-bikes. The estimated top speed is of 37 kph (23 mph), with a per-charge range of 60 km (37 miles) and a full charge requiring six hours. The battery is removable, so that extended charge time shouldn’t be an issue.

Not that you couldn’t carry the Mopet inside for charging if you wanted. In yet another surprise twist, this tiny and cute pet-carrier is actually foldable and, based on figures obtained by the aforementioned media outlet, surprisingly lightweight, tipping the scales at 28 kg (62 pounds). It’s not feather-like light, but you could haul it up the stairs if you wanted to.

Mopet was able to secure funding for an initial production run, with more than 100 people backing it. As crowdfunding campaigns go, once that first batch is delivered, full-scale production could start. If pet owners and riders from outside of Japan are lucky, maybe other makers will take notice that there is a teeny-tiny gap in the e-bike market. 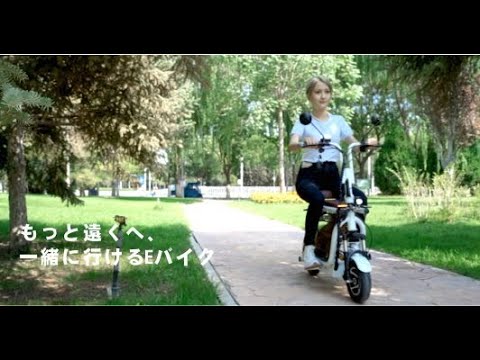