3 Brompton Folding Bikes Designed by Popular Musicians, Up For Sale

5 E3 From Airwheel Is a Folding E-bike or Scooter That Fits in Your Backpack
Car video reviews:
Coverstory

MiniZag Ultra Is a Great City e-Bike, Has a Clever, Patent-Protected Folding Mechanism

MiniZag’s Ultra electric bike might look like just another urban two-wheeler when unfolded, but it has something special up its sleeve: a patent-protected folding technology. This bike packs really small, while also delivering enough power to keep you sweat-free, as boasted by its manufacturer.
8 photos

Designed with portability in mind, this folding e-bike is built using light materials (mostly magnesium alloy) and it’s a great choice for your daily commutes and any other trips on distances of up to 30 km (18.6 miles). With a width of just 9.8" (25 cm) when folded, which is half of its normal width, the MiniZag Ultra gets incredibly compact, easily fitting in your car’s trunk. It weighs 33 lb (15 kg), which is 40 percent lighter than regular e-bikes, at least according to its developers. The bike folds using a technology that turns an A-shaped vehicle into an H-shaped one.

MiniZag boasts of the ergonomically designed saddle of the Ultra bike, with a double-strand cushion, which makes sure you’re not going to experience any soreness during your rides.

Performance-wise, the MiniZag Ultra packs a 36V 250W highspeed small gear motor, with the top speed of the bike being the standard 25 kph (15.5 mph). There are three riding modes available (Conventional, Power Assist, and Pure Power) and you can switch between them using the LCD control panel on the handlebar.

As for the battery of the MiniZag Ultra, it is a Samsung 36V 7.0 Ah that offers a range of 30 km (18.6 miles) on a single charge. Three hours and a half are necessary for the battery to get fully charged. The bike comes with a LED headlight, a horn, and it is waterproof.

Right now, the MiniZag Ultra e-bike is the subject of an Indiegogo campaign. You can get one for a very attractive Super Early Bird price of just $600, with the estimated delivery date being February 2022. 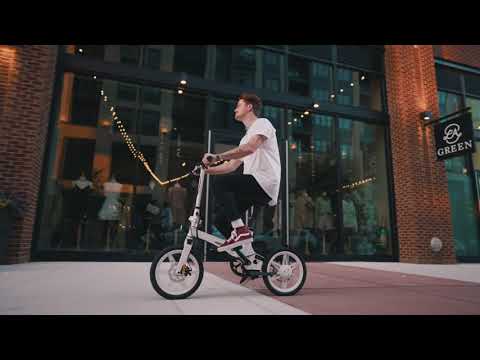